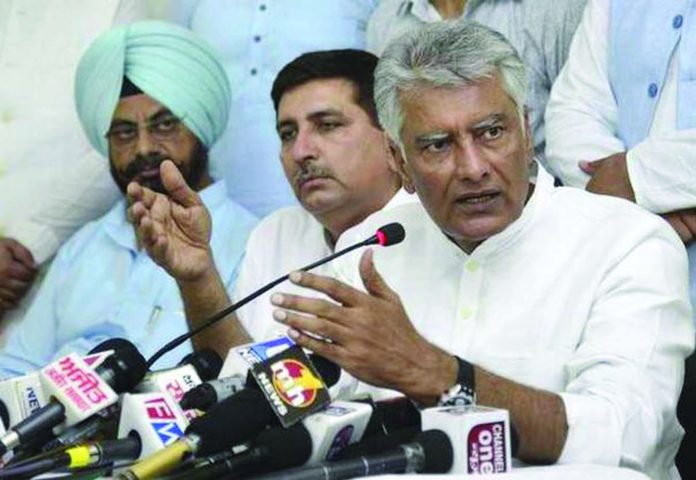 Gurdaspur by-election victory has sent a clear message to Modi government that people are fed up with its policies. People have shown their anger against demonetisation and GST by voting Congress to Lok Sabha.

The Congress has wrested the Gurdaspur Lok Sabha seat from the BJP, with the party’s candidate, Sunil Jakhar, winning the by poll by a margin of over 1.93 lakh votes. Jakhar polled 4,99,752 votes against 3,06,553 votes cast for Swaran Singh Salaria, the BJP candidate. Aam Admi Party (AAP)’s Suresh Khajuria polled 23,579 votes and lost his security deposit.

As expected both Salaria and Khajuria accused the Congress of using state machinery for the victory but the victory of Congress is a big blow for both, specially the BJP. The election was a prestige issue for the Congress and the BJP.

The record for the biggest victory margin for Gurdaspur seat until now was 1.51 lakh votes by a Congress candidate in 1980. The victory margin this time seems more impressive when seen against the much lower voter turnout of 56 per cent, against 70 per cent polling recorded in 2014 Lok Sabha elections, when actor-turned-politician Vinod Khanna won the seat defeated the Congress. The by poll was necessitated by his death earlier this year.

Claiming that his victory has “sent a clear message to the Central government on behalf of the whole country that people are fed up with its policies”, Jakhar said, “I had said from the beginning that this election will be a mandate on the Narendra Modi government’s policies. I had asked people to vote for me, and against the BJP’s economic and communal agenda. People have shown their anger against demonetisation and GST by making me the MP from Gurdaspur.”

Punjab chief minister, Amarinder Singh said the result also underlined the political annihilation of AAP and the end of its political ambitions in Punjab. He said dissolution of AAP’s Pathankot and Gurdaspur units on the eve of the result day shows that the party had conceded defeat much earlier.

Emphasising that people want development, and that they realise only the Congress can deliver that, Amarinder said, “It is a record victory for us — and one of the biggest victory margins across the country.” Significantly Jakhar won in all 10 Assembly segments that come under Gurdaspur Lok Sabha constituency. In the Assembly election, the party had won eight of the 10 seats in the constituency.

AAP candidate Khajuria alleged, “The Congress government in the state has done everything to win this election.” Former cricketer Navjot Singh Sidhu, a minister in the Amarinder cabinet, blamed alleged corruption by SAD president and former deputy CM Sukhbir Singh Badal and his brother-in-law former cabinet minister Bikram Singh Majithia for the BJP’s defeat. He said, “It is the defeat of jeeja-saala (brothers-in-law). People have shown them their place. Now both have become burden on the BJP. Such a huge defeat is evidence of this.”

There is, however, no doubt that Gurdaspur result is a huge blow for the BJP which will have to do some serious rethinking about its strategy and its alliance with SAD in Punjab. It has often been said in the past that SAD has become a liability for the saffron party.