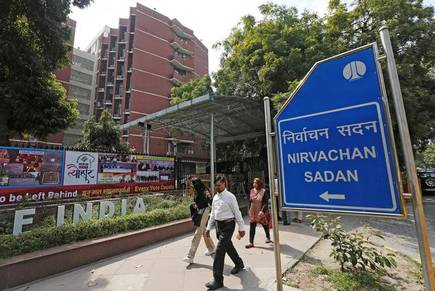 In view of the current unforeseen situation of public health emergency, Election Commission of India invoking its powers under Article 324 of the Constitution of India read with section 153 of the Representation of the People Act, 1951 has further extended the period of Rajya Sabha election beyond the prescribed term(s) of 18 seats across seven States.

It may be recalled that on 25.02.2020 and vide notification dated 6th March 2020, Election Commission of India had announced Elections to the Council of States to fill up 55 seats, from 17 States, of Members retiring in the month of April 2020. After the last date of withdrawal on 18.03.2020, respective Returning Officers declared 37 seats from 10 States filled as uncontested. Thereafter as per the reports received from the concerned Returning Officers, the biennial elections for 18 seats from the States of Andhra Pradesh, Gujarat, Jharkhand, Madhya Pradesh, Manipur, Meghalaya and Rajasthan were to be conducted  on 26.03.2020 and election process was to be completed by 30th March 2020.                          The validity of the term of the 18 remaining seats is as follows:

Election Commission of India vide notification dated 24.03.2020, in view of unforeseen public health emergency emerging from COVID-19 and invoking section 153 of the Representation of the People Act, 1951 had extended the period of completion of election including postponing the date of poll and counting concerning elections to the Council of States, since the electoral process necessarily involves movement and gathering of polling officials, agents of political parties, support officials and members of respective Legislative Assemblies on the poll day, which may put public safety at risk and create public health hazard.      Commission has now further reviewed the prevailing situation after taking all facts and circumstances in view and concluded that continuing electoral process in the current environment may not be feasible in view of the restrictions for the maintenance of public safety and avoiding health hazard.                                                                       The list of contesting candidates, already published for the said elections by the respective Returning Officers shall remain valid for the purposes of remaining activities, as prescribed under the said notifications. Fresh date of poll and counting for the said biennial elections shall be intimated in due course after reviewing the prevailing situation.