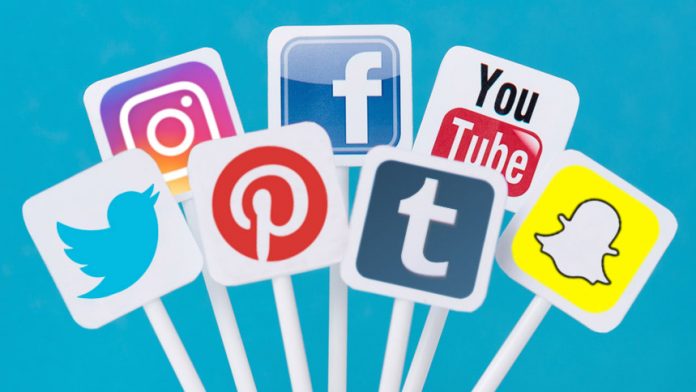 Social Media is today the blue eyed boy. Besides the youth, even all the political parties and leaders are eyeing on Social Media. Perhaps they feel the powerful impact of the twitter, face book, whatsapp and similar electronic platforms to communicate their view points, what they could not have achieved through newspapers and television channels. Most of our traditional print and electronic media are either owned by the politicians and or the business houses. Therefore they lost their credibility. Although Social Media is being attempted to be conquered by these elements, it has still predominantly remained a common man’s platform to ventilate their uncensored views, opinions and comments, likes and dislikes. Yes, the common men and women across the globe have increasingly trusted the social media platforms and are sharing their views in a more meaningful way. Although instances are many that the platforms are being misutilised, there is scope to censor them. We like to draw the attention of our avid readers to few of the postings made by some sensible facebook users, which can drive all of us to a safe, better, creative destination.

One of our facebook users, a renowned columnist, is regularly posting certain points, which are uncommon. He has posted an issue on construction of barricades using wooden and bamboo poles/stumps during Independence Day or Republic Day celebrations, Police Bandobast for VIP movement, Assembly sessions, crowd control during agitations etc.  He expressed his concern that concrete and blacktop roads are mercilessly punctured without any hesitation, for putting up the barricades. Once the event is over the stumps/poles are removed and the holes are just soil filled, leaving the roads in damaged condition, giving the impression of an operation in which the doctor has forgotten to close the wound with stitches. During rainy season, these holes get converted into potholes and cause inconveniences and accidents. Even some Puja committees are constructing gates on the roads. While expressing a problem, he has given a number of solutions too. He suggested that it is the duty of the permitting authority to ensure that the road is restored back to its original shape immediately after the event. Alternatively, a fee should be collected in advance for doing the job. Expressing his concern on the resultant ecological damage, he suggested adopting the advanced forms of barricading used in different parts of the world like three dimensional steel barriers, molded plastic in which sand or water can be filled to make them incredibly strong and heavy. These barricades also give an aesthetic look. Since it is an one time investment, can our administrators/ policy makers think of making our barricades more eco-friendly and modern, he asked.

In another posting, he dared to even criticized the media persons for prefixing a military rank ‘Captain’ before the name of a sitting MLA of Odisha Legislative Assembly, who was a Pilot in IAF. Constitution of India permits use of military ranks by all service personnel. Personnel superannuated or retired may also use the last rank held along with their name, however to be suffixed ‘Retd.’. In IAF the ranks are, Flying Officer, Flight Lieutenant, Squadron Leader, Wing Commander, Group Captain, Air Vice-Marshal, Air Marshal, Chief Air Marshal, Marshal of the Air Force. This legislator had served as a Commercial Pilot for some time. But, constitutionally he is not eligible to use the title ‘Captain’ as suffix, as a commercial Pilot is barred to suffix his designation before his name and the lawmaker never served the IAF as Captain.

Another point, which he mentioned in another postings was on the National Awards like Bharat Ratna and Padma Awards, which do not amount to ‘Titles’. According to Article 18(1) of the Constitution, they should not be used as suffixes or prefixes. If this is done, the defaulter will lose the National Award conferred on him or her (Balaji Raghavan vs.Union of India). Despite of this, a number of awardees are prefixing the awards to their names as ‘titles’, which is illegal. Even in both print and electronic media, while addressing them, the awards are being prefixed to their names, which is not correct. If the awardees use these as ‘Titles’ they run the risk of losing the National Award. Ignorance is no excuse, he dared to caution.

In another posting, he mentioned on the maritime Odisha. He observed that the plight of Odisha started, the day we shifted our attention from sea and looked towards the mainland like Kolkata, Delhi, Mumbai, Surat for employment, development and prosperity. Now we love to see the waves of sea but fear to play with it. Probably, we have to love sea again and endeavour to be a sea faring people once again. He suggested that as a first step, we must demand a passenger ship to ply from Paradip Port to Portblair, at least once in a fortnight.

He raised a pertinent point on our tricolor. He observed that some people express their spirit of patriotism through use of jumbo size National Flags. As per Flag Code the length and breadth of the National Flag must be in the ratio of 3:2. If one carries a National Flag of the length of 2400 feet, the width must be 1600 feet. One can’t just design a National Flag of their choice. It is disrespect to the National Flag. If it is deliberate, it should be condemned. This face book celebrity has given the details of most of the jumbo size tricolours, which are not known to many. His postings are not only informative, but also eye opening too. He stated that the Flag Code of India, 2002 prescribes 9 standard sizes of tricolour, the maximum size being 6300mm in length and 4200 mm in width (21ft by 14 ft). Is it not proper that the Flag Code be suitably amended, if we are so keen to fly tricolour of larger sizes. Again, as per Flag Code the National Flag of India shall be made of hand spun and hand wooven wool/cotton/ silk khadi bunting. He suggested that the Government must reconsider its decision to allow hoisting the National Flag on grand poles. A smaller National Flag will in no way diminish our patriotism.While today’s youth is busy in posting videos and making them viral, many are using the platforms more meaningful way. Our point is clear: the powerful social media should be used for expressing what we cannot just express through traditional media. Sometimes in the name of faith, some people due to lack of patience end up destroying the social fabric by misusing this powerful social media. On the other hand, the postings cited above are the rays of hope for all of us. Let’s not miss this opportunity and surrender our freedom of speech in the hands of the vested interests, by misusing the social media platforms.