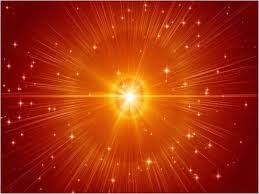 Worship of idols, however, has been considered idolatry in monotheistic religions as “veneration of false Gods”. Opposition to idol worship has given rise to iconoclasm and gory wars in history.

Is God formless? If it has some form, should it be physical or subtle? Such conflicts should be put to rest, suggests Sri Ramakrishna who cautioned his devotees on the dangers of being rigid in one’s faith and beliefs. God is either with or without form and is beyond human comprehension as it is difficult to fathom the nature and dimension of God, stated Sri Ramakrishna who had thoroughly studied the classics of Hinduism – the Bhagavad Gita and the Upanishads among others.

Contrary to monotheistic practices, Hindu worship of God centres round idols and rituals. However, several monotheistic religions including Abrahamic faiths consider “veneration of idols” as worship of false Gods. Such conflicting belief systems have led to iconoclasm and gory wars in the annals of history.

“You shall have no other gods before me”, reads the first of the Ten Commandments in the Old Testament in the Holy Bible.

Abrahamic religions comprising Judaism, Islam and Christianity are among the earliest known religious traditions which forbid worship of images or statues as representatives of God.

Idolators often picked stones, metal or wooden objects as if they were God. Worship of Hindu Gods started as early as the Gupta period in Indian history.

Buddhism and Jainism which flourished centuries before the birth of Christ considered idols as symbolism for the Absolute, but not the embodiment of the Divine.

Study of ancient Egyptian and Greek history reveals that worship of cult images for various reasons and values existed centuries before Abrahamic religions spread. Characters in epics and anthropomorphic figures created between sixth century BC and third century BC, assuming supernatural powers came to play significant role in the worship of idols.

Vedic literature and Upanishads which glorified origin of energy from tatwas did not prescribe any fundamental principles for worship of such elements in the form of idols.

According to Yajurveda, ‘Na tasya Pratima asti’ which means He has no image. He is unborned and He should be worshipped”. (Chapter 32, Verse 3). Description of God’s formlessness is evident in verse 8 of Chapter 40 as follows:

“God is bodyless and pure”.

The Supreme Reality, according to Hindu Scriptures is Nirguna Brahmam, which has no qualities. Similarly, Human beings are ‘souls in action’ on earth during a lifetime without specific qualities from birth. People acquire qualities as they perform Karma and look for relief in the idols when they encounter some physical or psychic suffering.

Text in the following verse of Yadurveda, in chapter 40 verse 9 reads:

“Those that worship primordial prakriti or natural elements such as air, water, fire, earth, and sky enter darkness. They sink into greater depths of darkness for worshipping created objects.” (Chap 40, verse 9). However, in the hymns that follow suggest that worship of the Supreme Spirit will remove all mortality!

Rigveda, the oldest of the Vedas, which advocates monotheism elaborates God’s oneness in the following verses:

“Do not worship anyone besides Him alone, praise Him alone” (Rigveda, Book 8, hymn 1, verse 1) Similar verses of Rigveda Book 6, calls for prayers and glorification of One who is matchless and alone” (Hymn 45, verse 16).

The Upanishads have several references that forbid idol worship as none can recreate an image of God:

“There is no likeness of Him” (Svetasvatara Upanishad, Chap 4, verse 19). In the following verse, it says, “No one can see His form. No one can see Him with the naked eyes” (Verse 20).

Bhagavad Gita which is universally acknowledged as the Hindu book of God’s Srimat (Holy word) suggests that people whose minds are governed by lust and material desires, often worship demigods or objects (Chap 7, verse 20).

Chandogya Upanishad also has hymns suggesting monotheism. “God is one and only, not a second” (Chapter 6, section 2, verse 1)

“God has no parents and master,” reads Svetasvatara Upanishad, Chap 6, verse 9. He is “ajonijanma” which means He is not born of a human womb and He has no death. This verse from Bhagavad Gita desists worship of humans or those with supernatural powers created in puranas subsequently.

Idols used in polytheist religions, as philosopher Aristotle had put it, served as bridges between people’s inner world and their external reality.