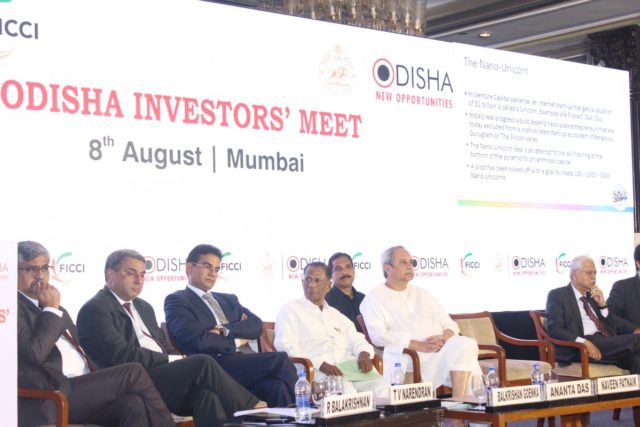 The theme of ‘Make in Odisha Conclave 2018’ is “I am Odisha”; which celebrates all the success of Odisha and her people in creating a vibrant ecosystem for business in the state.

Chief minister Naveen Patnaik has invited captains of Indian Industries to visit the state and be a part of its industrial growth. He has also urged them to participate in the second edition of the Make In Odisha conclave, a mega business event to be held from November 11 to November 15 in Bhubaneswar. The first edition of the event was held in 2016.

“As a part of our focus on the “Skilled in Odisha” initiative  I am happy to announce that a world skill centre with a 18-floor infrastructure in now ready in Bhubaneswar,” he added.

Naveen said “The theme of Make in Odisha Conclave 2018 is “I am Odisha”, which celebrates all the success of Odisha and her people in creating a vibrant ecosystem for business in the state.  I am Odisha will be a unique platform for the people to share their stories that showcase the “Odisha of today” and present their vision for the Odisha of Future.”

Naveen has invited the leaders of Indian industries at a time when the state has slipped in “ ease of doing business” ranking despite all effort to take it forward on the path of industrialization.

However, unfazed by the setbacks, chief minister said, “The First Edition of the Make in Odisha Conclave evoked enthusiastic response with announcement of over Rs 2 lakh crore of investment intents. My Government has demonstrated its commitment to deliver the projects on ground. About 65% of the projects are at various stages of approval and implementation.”

Stating that Odisha has huge potential to usher in a new industrial scenario, Naveen said “Paradip is one of the largest and fastest growing ports of India. Dhamra is fast emerging to add strength to the port-led manufacturing base. Apart from these deep-water ports along the East Coast Economic Corridor, we have also approved the first riverine port project of Odisha to be set up on Mahanadi River in Kendrapara district with a cargo handling capacity of over 45 million tonnes per annum.”

Naveen said the state was developing a chain of 12 non-major ports along its coast to usher in unprecedented development in the region. “Odisha has a vibrant start-up eco system. It is poised to be amongst top 3 start-up- Hubs of India by 2020,” he said.