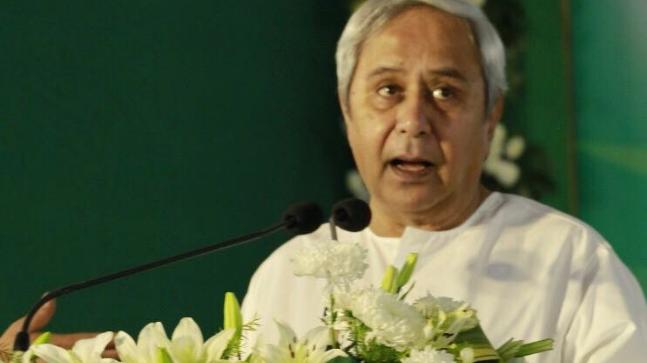 With a mix of populism and hard headed decisions chief minister, Naveen Patnaik is taking Odisha on the path of progress. Even his critics admit that his grip on the state is difficult to shake off. From that point of view 2019 will be an interesting battle.

Chief Minister, Naveen Patnaik is a clever politician. On the one hand he continues to be in the in the populist mode and on the other he has been taking concrete steps to ensure the long term good of his people. With elections approaching his government in a bid to make the administration more accountable to the people has launched “Basudha Helpline –1916” through which government would be able to know about people’s problems, especially problems relating to drinking water. The helpline Basudha, an acronym for Buxi Jagabandhu Assured Drinking Water to All Habitations, has been named after one of the greatest freedom fighters of the state. The programme covers, among others, particularly vulnerable tribal groups (PVTG).

Sources said it is a populist move  ahead of the elections with the state government focusing on basic needs of people like housing, food to poor, health coverage to all and assured drinking water.

To provide houses, the state government is implementing the Biju Pucca Ghara Yojana, Jaga Mission (land rights to landless slum dwellers).  Similarly, the state is executing the Re 1 per kg rice scheme to ensure that food reaches the poor. Similarly, Biju Kalyan Swasthya Yojana has been launched to ensure health assurance for all and Basudha for assured drinking water supply.  The ruling BJD feels that these schemes would prove to be a game changer for Naveen Patnaik government.

Launching the scheme at the state secretariat, Naveen said, “It is a dedicated grievance management initiative for rural water supply in the state and opened for public. I, hope, rural people will get access to record their complaints regarding breakdown and non-functioning of the projects.”

The dedicate helpline will receive complaints from gram panchayats on break down and shutdown of tube wells and piped water supply from 6 am to 6 pm. All the complaints will be addressed in a time bound manner. “There is also a provision of outbound calls to public for information dissemination and gathering feedback on water,” said officials.

“The basic objective of Basudha is to provide safe water to the rural people for drinking and domestic purposes on a sustainable basis. This basic requirement will meet minimum water quality standards and be readily and conveniently accessible at all times and in all situations,” officials said.

Officials said over 3000 solar dual pumps have been installed and over 2500 water quality affected habitations have been provided with safe drinking water under the scheme.

Government asked the Panchayati Raj department to gear up the execution of the project to achieve the goal of providing safe drinking water to all households in the rural areas of the state.

But allegations of populism notwithstanding Patnaik has been trying his best to deliver good governance. The fact is that even though opposition tried to put chief minister, Naveen Patnaik in the dock over the death and damage caused by cyclone Titli the casualty figure could have been much higher had the government not taken precautionary steps like evacuating people to safety before Titli hit the coast. Patnaik personally supervised the preparations.

To his credit without bothering about criticism from the opposition, Patnaik has marshalled his resources effectively to bring succour to the affected people. The job of rehabilitation and restoration has been taken up at the war footing. The chief minister has also urged Prime Minister Narendra Modi to provide the state interim assistance to the tune of Rs 1000 crore immediately to take up relief, restoration and rehabilitation work in the areas affected by Titli.

Describing the condition of the cyclone ravaged districts as ‘grave ‘ Naveen in his letter to the Prime Minister said, “I would request you to release an interim assistance of Rs 1,000 crore to the State to enable taking up relief and restoration works of immediate nature.” He also pointed out that while as many as 57 persons have lost their lives in the tragedy 10 people are reported missing in incidents of land slide, wall collapse and drowning. More than 60 lakh people have been hit by the cyclone, Patnaik added.

“We have submitted a preliminary memorandum to the Government of India estimating the requirement of fund  as 2,770.28 crore and seeking Central assistance of Rs 2,014.09 crore from the National Disaster Response Fund(NDRF) over and above the funds available in the State Disaster Response Fund for the year 2018-19,” he said.

And now Patnaik is trying to raise the profile of the state by giving Bhubaneswar a  new makeover with wi-fi facility and more than 200 AC buses plying on its roads. Even as the city gets a face-lift with fresh infrastructure coming up ahead of the Men’d Hockey World Cup the state  government has also cleared project proposals to the tune of Rs 25,845 crores.  This will create employment opportunities for nearly 13,700 people. “The clearance of proposals would certainly send a positive message among the business community.  As Japan has agreed to be the partner of the conclave many industrial houses from abroad would certainly express keen interests to be a part of the programme,” said a senior official adding that a team from Odisha had already visited a number of European and Asian countries to invite business leaders.

There is excitement for the hockey world cup. Sports minister Chandra Sarathi Behera said, “People visiting the city would go back with a good experience. We will have nearly 25,000 to 30,000 international tourists. We have made all arrangements.”

Bhubaneswar Mayor Anant Jena said, “Hundreds of employees and workers are engaged round the clock to give a new look to the city. Beside the introduction of Wi-Fi, modern transport system will be there and we will put display boards to make people aware of various events.”