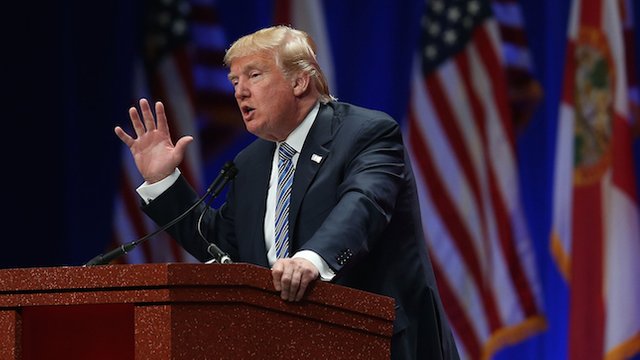 In the US, after Trump administration cancelled Acosta’s pass, an unfazed CNN moved the court against the decision. Other media groups, including its arch rivals, rallied behind CNN. Here in India, when an NDTV or a Quint are raided by government enforcing agencies as part of the Modi government’s vendetta, other media outlets behave as if nothing has happened.

Following midterm polls in US in which the Republican Party suffered losses, President Donald Trump held a press conference in the White House. The press conference covered live across prominent news channels across the world saw a spectacle of Trump having heated arguments with the journalists covering it.

The combative President known for his arrogance was seen talking to CNN’s chief White House correspondent Jim Acosta in a threatening manner. When Acosta asked him about his claims of migrants swarming into America en route Mexico and about the investigation led by Special counsel Robert Mueller into links between Trump’s presidential campaign in 2016 and some Russian officials, the President retorted: “You (Acosta) are a rude, terrible person… I am not concerned about anything with the Russian investigation because it is a hoax. That’s enough, put down the mic.”

Unperturbed, Acosta insisted on an answer from Trump, who went on to accuse CNN of churning out fake news and of being “the enemy of the people”. The President also ensured that his administration cancelled Acosta’s press pass and banned the journalist’s entry into White House. CNN strongly defended Acosta saying that Trump was going too far in his attack on the press, which was not only dangerous but “disturbingly un-American”.

Since he was elected as American President, Trump has lost no opportunity to slam the media. The media, on the other hand, has also not spared any chance to criticise the Trump administration, instead of being cowed by the President’s threats. But the beauty of American democracy is that the most powerful state head in the world has been facing the media from time to time. He may be a rude, combative and may misbehave with the journalists, but he faces the journalists who are equally combative and have the guts to throw uncomfortable questions at him.

Compare this with India where our prime minister has yet to address a full-length press conference even after ruling the country for more than four and a half years. We only hear Prime Minister Narendra Modi’s “Man Ki Baat” monologues on All India Radio, which is dutifully telecast not only by Doordarshan but all private television channels, despite their visual staleness.

So far Modi has been interviewed by anchors of few private news channels that have overfriendly to, or rather propaganda vehicles for, his regime. In those interviews, the anchors behaved more like fan boys than hard nut journalists.

The last such interview in April was outright ridiculous. It was not even conducted by an editor. It was a special function in Central Hall of Westminster in London where Modi smilingly faced flowery questions from Prasun Joshi, chairman of Central Board of Film Certification (CBFC). The lyricist and adverting man asked him humbly: “Modiji you are like a fakir (ascetic) who does not want anything for himself. Did such qualities come to you naturally or you acquired them gradually?”

What kind of sycophancy is this? This is at a time Modi’s popularity has gone on a downward spiral due to several controversial decisions like demonetisation and GST, which have an adverse impact on the country’s economy, agriculture and employment, and also due to alleged scams like fraudsters fleeing the country and Rafale deal. It is surprising that instead of highlighting these things, many media houses and editors working in them have tried to divert people’s attention by inflaming communal passions and being a party to polarising politics by the ruling BJP.

It is only reflects poorly on such media houses and editors who slam the opposition instead of questioning those in the government.

In the US, after Trump administration cancelled Acosta’s pass, an unfazed CNN moved the court against the decision. Other media groups, including its arch rivals, rallied behind CNN. Here in India, when an NDTV or a Quint are raided by government enforcing agencies as part of the Modi government’s vendetta, other media outlets behave as if nothing has happened. When three top editors Punya Prasun Bajpayee, Milind Khandekar and Abhisar Sharma were shown the door from ABP TV under pressure from the central government, there was not even a whimper of protest from other so-called mainstream media organisations.

Will the top media groups ever rise to the occasion, just like those in the US? Will they ever question the power?