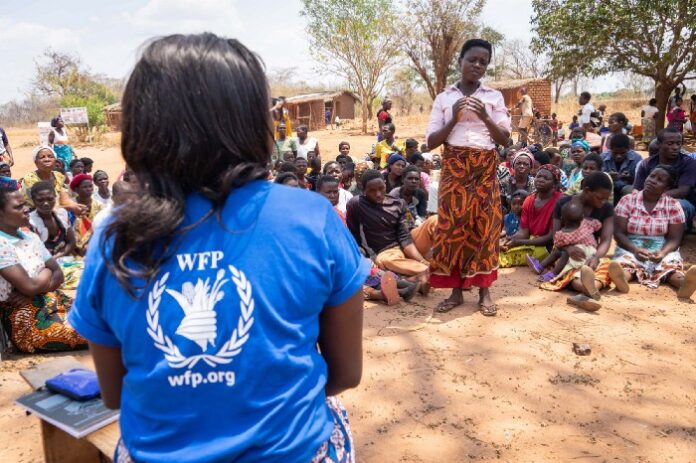 The Nobel Prize to WFP is a step forward in recognizing the seriousness of the global food crisis. It has attracted attention to the continuous efforts made by it to fight hunger and famine from the grass root level to the highest level.

This year’s Nobel Prize for Peace has gone to not an individual but to an organization called World Food Programme (WFP).  It was founded in the year 1961 as a branch of the United Nations for saving lives, building prosperity, changing lives and delivering food assistance in emergency with a commitment to end hunger and achieving food security and nutrition by the year 2030. For its efforts to combat hunger and its contribution to bettering conditions for peace in conflict- affected areas, it has been awarded the most prestigious and coveted award.

With close to 60 years of experience of delivering food assistance around the planet’s remotest and most insecure regions, WPF has established itself as a partner of choice in humanitarian response. On any given day, WPF has 5600 trucks, 30 ships and nearly 100 planes on move delivering food and other assistance to those in most need.

The Nobel Prize to WFP is a step forward in recognizing the seriousness of the global food crisis. It has attracted attention to the continuous efforts made by it to fight hunger and famine from the grass root level to the highest level. This year Nobel Prize to WFP is significant because it has been given in such a time when the world is heading for a third world war. Affluent countries are busy in increasing their war fares, arsenals giving more focus to nuclear weapons. At this juncture the Nobel Prize to WFP focuses on the consequences of war. There is a direct link between armed conflict and hunger. As per report, almost 80 per cent of all chronic malnourished children inhabit countries affected by war and armed conflict. This year when the entire world is under the grip of Corona pandemic, the situation may increase the number of hungry people to 270 million with acute suffering and starvation especially in conflict zones. War related displacement causes people to be removed from their home and cultivable land and cannot grow food. The State will also divert its resources from people’s welfare towards war effort.

Hunger is the result of human action rather than nature’s whim. In nature’s treasure there is enough space for cultivation and production to feed its inhabitants.  Enough food is also produced and stored in the stores. But the hyper inflation and war conflict make it practically unavoidable to those who need it most. Besides the poor storage system and mismanagement also responsible for wastage of food grains which could have fed hungry millions. About one third of the food we produce each year is lost or wasted, costing global economy heavily. Food is also wasted on the plates, in the farm for poor storage and good market.  Now it is time to think and act to extend the produced food chains to all the needy and hungry before it is being wasted. The yeomen job taken by WFP in this regard is quite praise worthy.

In 2019, WFP assisted 97 million people in 88 countries. Besides food security, the steps taken by WFP for climate action is also praise worthy. Climate change like frequent and intense floods, droughts and storms, account each year about 90 percent all climate related disasters. With the vast majority of the world’s hungry exposed to climate shocks, eradicating hunger requires bold efforts to improve people’s ability to prepare, respond and recover. Failing this, the risk of hunger and malnutrition could increase 20 per cent by 2050.

The works, research and endeavor made by WFP in this regard is commendable and by honoring such an organization in the most coveted Nobel Prize for Peace, the selection committee juries have also made an effort to value human life above all. To satisfy their self ego, pride of power and resources, the world leaders – those who have become war mongers – should take a lesson from this. There is everything in this planet to satisfy our need but the universe is small too to satisfy our greed. The time has come for all world leaders to revisit the vedantic philosophy of India Vasudheiba Kutumbakam – world considering it a family and work for the entire. They should feel the pains and sufferings of all starved people considering as their family members, then heaven will descend to world making it a place of joy for all its inhabitants.