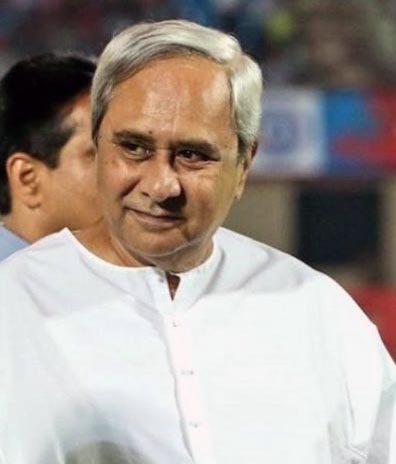 While Patnaik’s personal image has been a major factor behind his party’s electoral success the pro-poor approach of his government has also struck a chord with the masses.

Major parties have ramped up their campaign for by-polls in Balasore Sadar and Tirtol assembly constituencies. This will be another test of their popularity. However, the bye-election battle has put the focus back on Biju Janata Dal (BJD) supremo and chief minister, Naveen Patnaik’s political invincibility. Patnaik’s party is seen as the automatic choice of the electorate because of his personal image as an upright politician and his government’s excellent record in office.

His party leaders have been talking about the TINA (there is no alternative) factor with reference to Patnaik and BJD. Their logic is that Patnaik is indispensable to the people of the state. While Patnaik’s personal image has been a major factor behind his party’s electoral success the pro-poor approach of his government has also struck a chord with the masses.

Ever since he took up the reins of the state in 2000 he has launched a string of poverty alleviation programmes including his government’s flagship scheme under which rice is provided at Rs.1 per kg to the people below poverty line.  His government has sustained the programme despite the financial strain it puts on the state exchequer.

There are several other schemes aimed at mitigating hunger and poverty. The Aahar scheme catering to the urban poor has proved to be a boon for lakhs of daily wagers and slum dwellers residing in the cities and towns of the state. With such initiatives hunger has become a thing of past in Odisha which was once notorious for starvation deaths.

Development of women has been one of the focus areas of Naveen Patnaik government which launched the Mamta scheme for pregnant mothers, a major step towards reducing infant mortality rate in the state. Steps have also been taken under Mission Shakti to make women self-reliant by engaging them in economically productive activities organized through self-help groups. The SHG movement in the state has become a symbol of women empowerment.

Another important factor behind Patnaik’s growing popularity is his zero tolerance for corruption. His government, which works on the 5T formula (technology, transparency, teamwork, time and transformation) has accelerated the drive against graft and action is being taken against corrupt officials irrespective of the positions they hold.

Patnaik’s abhorrence for corruption has been visible right from the beginning of his political career. As chief minister he has never hesitated in taking action against his own party colleagues if they ever came under the shadow of corruption. His government has also acted against bureaucrats facing corruption charges with the same kind of determination.

Patnaik realizes more than anyone else that corruption is the cancer of society and steps should be taken not only to arrest its spread but to eradicate it completely. People have appreciated these initiatives of the chief minister whose stature as a politician continues to grow. This is what makes Patnaik and his party invincible. And as long as he continues in this vein he will remain irreplaceable.