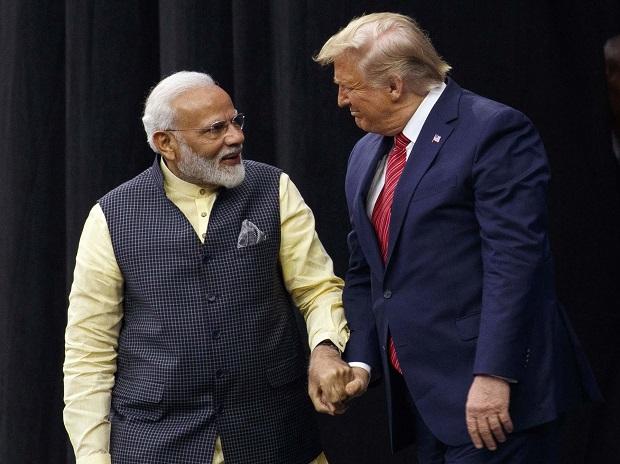 Howdy Modi, the much talked about rally outside India, was the first occasion Modi discussed the decision to remove Kashmir’s special status on a world stage, and followed months of aggressive rhetoric from Pakistan which has sought to raise the issue with the UN. Without directly naming Pakistan, Modi accused his neighbour of “hatred towards India” and of supporting terrorism.

Prime Minister, Narendra Modi has scored a major political victory with the successor of Howdy Modi rally in Houston in the American state of Texas. It gave him the opportunity to defend his government’s actions in Kashmir and to accuse Pakistan of harbouring terrorists at the event that was attended by the US president Donald Trump.

The American president sat in the front row as the Indian prime minister told cheering crowds his decision to remove autonomy from Indian-administered Kashmir would bring progress to the region. The rally came even as India is facing international criticism over Kashmir where curfew like conditions still prevail with thousands of people denied access to mobile or internet services.

The rally was the first occasion Modi discussed the decision to remove Kashmir’s special status on a world stage, and followed months of aggressive rhetoric from Pakistan which has sought to raise the issue with the UN. Without directly naming Pakistan, Modi accused his neighbour of “hatred towards India” and of supporting terrorism. “Whether it is the 9/11 attack in America or the 26/11 attack in Mumbai, where are its conspirators found? The time has come for a decisive fight against terrorism and those who support terrorism,” he said adding “I want to stress here that President Trump is standing firmly against this.”

Trump, who was given a rousing reception at the event, said he was committed to protecting “innocent civilians from the threat of radical Islamic terrorism”. About 50,000 Indian Americans attended the “Howdy Modi!” rally with crowds chanting “Modi! Modi! Modi!” as he took to the stage.

Introduced by Modi as “my friend, a friend of India, a great American president”, Trump was given a standing ovation at the event in Houston which is expected to be a critical battleground in Trump’s 2020 re-election bid.

Modi, who was re-elected this year with a thumping majority, enjoys wide support among Indians both at home and abroad.

The rally was held as Kashmir remains under a security crackdown, apparently to prevent unrest. Outside the stadium, protesters accused Modi’s government of human rights abuses against Kashmiris. One of them wrote on Twitter, “While people in Kashmir have been gagged, mass hysteria is orchestrated elsewhere to justify this decision.” Modi’s speech came just days before the UN general assembly’s meeting in New York.

Some political observers said that Modi wanted to blunt international criticism by demonstrating just how popular the move to remove Kashmir’s special status was among Indians — including Indian Americans in the US. The fact that it happened in the presence of Trump made it all the more important.

Though the scrapping of Kashmir’s special status faces major opposition within the region, it is widely supported elsewhere in India. The success of Howdy Modi ensures the support of Indian Diasporas for the move.