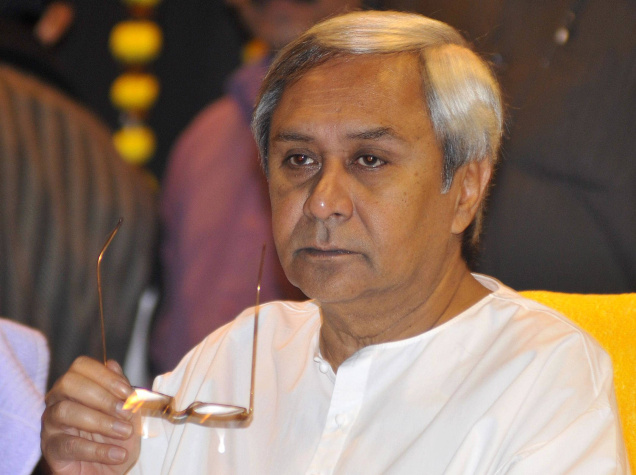 The BJP is currently waging a war against Naveen Patnaik government, targeting the chief minister as well as his ministers. Currently the focal point of BJP’s attack is the election expenses of Naveen. But all this notwithstanding the chief minister has kept his focus on development and strengthening his party’s base.

Amidst an escalating war of words between BJP and ruling Biju Janata Dal (BJD) over the issue of chief minister, Naveen Patnaik’s election expenses the focus of Patnaik remains firmly on good governance. Unfazed by BJP charges against him and his party, he is also working hard on strengthening BJD’s base in the state with his focus on the big battle in 2019. That year the chief minister would be seeking a fifth successive term in office.

He has already established himself as the most successful chief minister of Odisha having won back to back elections four times but 2019 is going to be crucial with a resurgent BJP trying to make a comeback.

A clever politician Naveen, who also happens to be the president of BJD, state’s most successful regional outfit till date, has announced two major programmes to reinforce the party structure at the grassroots level. The first one of these, Aama Gaon Aama Vikas is for the development of villages while the second – Biju Sathi (Biju volunteers) is aimed at taking the message of development right up to the panchayat level.

“Work will also be taken up at booth level and reports submitted to me by September 30”, Naveen had told party workers sometime ago. The chief minister fine-tuned his strategy for strengthening the party keeping in mind the gradual rise of BJP in the state. The saffron party did well in the last panchayat polls and made inroads into the BJD votebank in certain areas of the state.

The outspoken BJD Lok Sabha member from Dhenkanal, Tathagata Satpathy had also hinted at this when sonmetime ago he had advised the party leadership to have a clear stand on BJP. Some other party leaders including Rajya Sabha member, Prasanna Acharya had underscored the need for unity among party leaders.

As far as administration is concerned the chief minister is relying on the 3T (technology, teamwork and transparency) formula which, he has said, would ensure a better public service delivery mechanism. During the last collectors’ conference he had asked them to work as agents of change.

“I expect all the collectors to act as agents of change for the betterment of public service delivery mechanism of the government. Encouraging team spirit, ensuring transparency and effectively using technology to provide last mile delivery of services to the people shall be the focus of our administration,” he had said at the collectors’ conference.

The chief minister said that he would review the performance of collectors on improvement in public service delivery through the use of 3Ts on regular basis. He asked the collectors to ensure how people’s life can be improved with government intervention and also offer suggestions.

“Today you wear two hats…you are the person who has expectations from the government and you are also the government from whom people have a lot of expectations. Give your suggestion in this light,” the chief minister had told the collectors.

The state government also identified 10 focus areas, including rural housing, water supply, health services and schemes and services relating to farmers and other sections. It formed five working groups to deliberate on how to improve the service delivery and win the confidence of the people. The chief minister had also launched a web portal for the people to give their suggestion.

At the same time Naveen has asked members of the Biju Yuva Janata Dal (BYJD), the youth brigade of his party, to counter the BJP’s misinformation campaign against the government and the party.

Addressing the BJYD’s executive committing meeting sometime ago, Naveen, without naming the BJP, said: “There are many people and some parties actively indulging in misinformation campaign against us. It should be countered at every level. The party workers should tell people the truth.”

Aware of the fact that the BJP is trying to win over the youth, Naveen said: “I have full faith in the youth of our party. We have prepared a youth policy. In the past three years, we have created job opportunities for five lakh people. In the government sector, we have given appointments to 50,000 people. By 2025, we aim to create opportunities for 25 lakh jobs.

Naveen urged the young members to be “tech savvy” to connect with people of the state. “The members of the BJYD should actively involve in the ‘Aama Gaon-Aama Vikash (Our Village and Our Development)’,” he said.

In order to attract youths, the BJD has announced to enrol 20 lakh youths in the next one year. The BJD’s youth affairs general secretary Sanjay Das Burma said: “We will enroll youths in our party and organise six major youth conventions across the state. The chief minister will attend all the conventions and address the youths.”

Das Burma said: “We will launch the member enrolment programme from the booth level. Committees will be constituted at the booth, panchayat, block, municipalities and district levels.”

To connect the party workers with governance, the BJD has also announced that whenever a minister visits a district, he or she will invite the concerned district party unit president and discuss issues pertaining to the district.

The party has been launching strategic attacks on BJP and Prime Minister, Narendra Modi. “The Modi government is least interested in the development of the country. They announced two industrial corridors – from Amritsar to Calcutta and from Chennai to Visakhapatnam. Even though Odisha is full of natural resources, it did not find a place in these corridors. Besides, the demand for a special category state has been ignored. We will continue to protest such attitude of the Centre,” said a BJD leader close to the chief minister while adding that the party would intensify its programme to get justice for Odisha.

Having realised the potential of the youth, Naveen’s current focus is on them. Soon BYJD’s district committees will be working overtime to chalk out strategy to take the achievements of BJD government to the grassroots level. The party has become especially active after BJP president, Amit Shah’s last visit to the state. During the visit Shah had thrown a direct challenge to Naveen by trying to make inroads in Ganjam district, the home turf of chief minister.