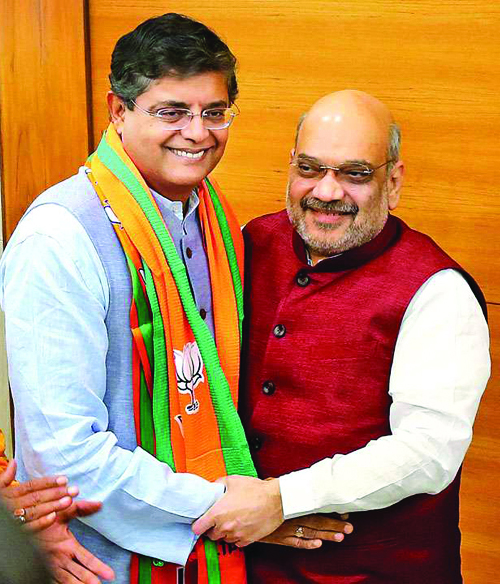 The parties are battle ready with manifestoes being drafted, candidates being selected and new leaders being inducted. Few electoral battles in the past had seen the competition between major rivals escalating like this. Leaders of the three major parties have also been making repeated visits to the state and the poll rhetoric is bound to get more acerbic in the run up to the polls

The battle has been joined in the right earnest by all the three major contenders – Biju Janata Dal (BJD), Congress and the BJP – with the state set to go to polls in four phases for the first time in its history. Election Commission’s decision to space out polling has evoked angry reactions from BJD which has alleged that the move is aimed at helping the BJP.

There is no denying the importance of these polls for the BJD which has been ruling the state since 2000 when the party in alliance with the BJP, dislodged the Congress from power. If the BJD wins these polls Patnaik will become the chief minister of the state for a record fifth consecutive term.

But BJD and BJP, who ruled the state as allies from 2000 to 2009, are now rivals. The alliance collapsed ahead of 2009 elections which the two parties fought separately. In those elections BJD proved its superiority by winning 103 assembly seats while Congress bagged 27 and BJP mere six seats.  In the simultaneously held Lok Sabha polls that year BJD got 14 seats, its ally CPI one and Congress six seats. BJP was blanked out.

However, with BJP changing its strategy and making Odisha the key element of its Look East policy things appear to have slightly improved for the party which has shown  signs of recovery since the last panchayat polls held in 2017. In these rural polls the party bagged a record 297 zila parishad seats, a  quantum jump from the 36 it had in 2012.

Though the BJP’s better panchayat performance was mainly on account of the decline of Congress which, plagued by severe factionalism, has been going downhill in the state, the result of the rural polls did wonders for the saffron outfit changing the body language of its leaders who appear to be more willing than the Congress, which is technical still the main opposition party in the state with 14 MLAs, to take on chief minister, Naveen Patnaik and his party.

The BJP, boosted by the frequent visits of Prime Minister, Narendra Modi and party president, Amit Shah, has undertaken a number of campaigns in the state to connect with the voters. More importantly it has been raising important issues to take on the BJD, challenging its schemes like rice for Rs.1 a kg through which the ruling party has been reaping rich political dividends in the state.

While the BJP has sought to convince the electorate that state government’s cheap rice scheme has a major contribution from the Centre which heavily subsidises it the party has also launched a campaign against chief minister, Naveen Patnaik for refusing to adopt Modi’s Ayushman Bharat and pitting his own Biju Swasthya Kalyan yojana against it.

While the BJP has, thus, turned the heat on the Patnaik-led BJD the ruling party recently suffered a major jolt with its former Kendrapara MP, Baijayant Panda, once a close confidant of the chief minister, jumping onto the saffron bandwagon. Another BJD stalwart and former minister, Damodar Rout joined the BJP soon after.

Though like Panda, Rout and Tripathy enjoy a lot of influence in their respective constituencies the question is will the people accept these turncoats. For example Rout had been fighting the BJP all his life and one of the reasons for his ouster as a minister was BJP women wing’s campaign against him.

Equally significant is the chief minister’s recent announcement about giving 33 percent of the Lok Sabha tickets to women. This would mean that women will be contesting seven out of 21 Lok Sabha seats in the state on party tickets, effectively shrinking the space for men. Though the move is obviously aimed at wooing the women voters it has left a lot of male leaders of BJD disgruntled. Leaders like Sambalpur MP, Nagendra Pradhan, who is almost certain to be denied a party ticket, is already believed to be in negotiations with other parties.

On the other hand parties like BJP and Congress have targeted the chief minister for paying only lip service to the women’s cause by announcing 33 percent tickets for them in the Lok Sabha while not extending them the same privilege in the state assembly which has 147 seats.

The opposition, specially the BJP led by union petroleum and natural gas minister, Dharemndra Pradha, who is widely perceived to be the party’s chief ministerial candidate, is certain to take advantage of the situation. The saffron party also stands to gain from the factional feuds of  the Congress which has resulted in two of its MLAs – Naba Kishore Das ( Jharsuguda) and Jogesh Singh ( Sudnergarh) –quitting the party and joining the BJD. As it is the Congress, reduced to 14 seats in the state assembly, is struggling to put its act together in the state where it has been out of power since 2000. Though Congress president, Rahul Gandhi has been making frequent visits to the state in a bid to boost the party’s sagging fortunes he is unlikely to have much impact.

The real contest, thus, should be between BJD and BJP though Congress is capable of making the fight truly triangular in certain areas, especially in the coastal belt where organisationally it is far better placed than the saffron outfit.

But as things stand today, the BJD despite its ticket distribution problems, seems to be far ahead of its rivals. This primarily because of chief minister, Naveen Patnaik’s personal image as a clean and honest politician though some of his party colleagues have earlier been arrested in chit fund scam cases. His own image, however, remains unsullied and he is perceived to be sincere about state’s welfare having launched a raft of pro-people schemes like cheap rice, cheap meals for the poor and financial assistance to farmers and women