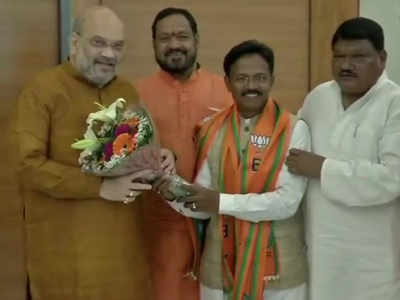 Some of the MLAs of BJD are perceived to be close to Naveen and they also enjoy sizeable clout in their respective constituencies. Denying tickets to them could have repercussions for the party in the course of campaign when the chief minister would be touring the state extensively.

The exercise of candidate selection seems to have thrown the Naveen Patnaik-led Biju Janata Dal (BJD) into turmoil with resentment among leaders likely to be denied tickets growing. Already the sitting MP from Nowrangpur, Balabhadra Majhi and a sitting MLA have resigned. More resignations are in the pipeline.

With chief minister indicating that tickets may be denied to around 50 sitting MLAs murmurs are only getting louder. The talk about ticket denial has got stronger with chit fund scam-tainted MLAs and MPs coming under the leadership’s scanner. The image conscious chief minister has also taken note of growing demand for action against Cuttack-Barabati MLA, Debashish Samantray, who is keen on contesting from Paradip this time, for misbehaving with the relative of a martyr of the Pulwama terror attack who hailed from Cuttack district.

Sources said the leadership has made a list of leaders who have been involved in similar cases of misbehaviour. Yet another case being that of Junagarh MLA, Dibyashankar Mishra who found himself in the midst of an unsavoury controversy sometime ago after a video showing him threatening a physically challenged person at a public meeting went viral.

Talking of chit fund cases leaders who may find themselves in trouble include Ramchandra Hansdah, the sitting MP from Mayurbhan, Banki MLA, Pravat Tripathy and Cuttack-Chowdwar MLA, Pravat Biswal. Even leaders like Brahmagiri MLA, Sanjay Das Burma and former minister, Arun Sahu could find themselves in the line of fire. While Hansdah, Tripathy and Biswal had been arrested by the CBI in connection with chit fund scam and are now out on bail, the other two leaders had received notices from the investigating agency.

The problem for chief minister, Naveen Patnaik, who has been talking about zero tolerance against corruption, is that some of these MLAs are perceived to be close to him and also enjoy sizeable clout in their respective constituencies. Denying tickets to them could have repercussions for the party in the course of campaign when the chief minister would be touring the state extensively.

The party is also likely to induct some new leaders who could be claimants of party  tickets  given  the influence they enjoy in certain areas. Some have already been taken in while others will soon be on board. While winnability will be a major criterion in selecting candidates the chief minister is said to be keen on keeping tainted leaders out as his own public image is at stake. Sources in the party said that the party would be contesting the coming polls in two major planks– performance and zero tolerance towards corruption. “ Our candidate selection will take into account these two planks,” said a senior BJD leader.