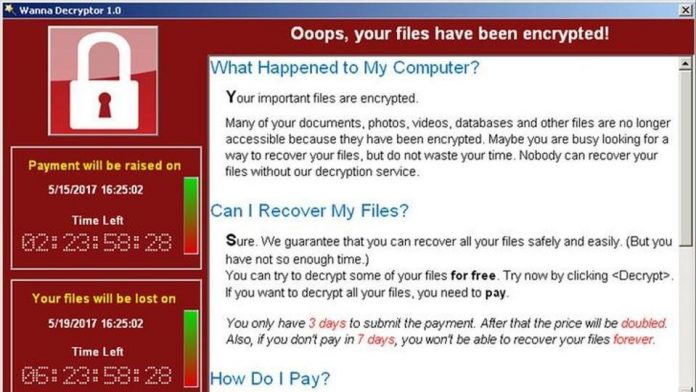 “WannaCry” is making people cry in Odisha too.The state administration has already issued a series of guidelines and communicated with the district collectors about cyber attacks. It is also taking help of IIIT and NIC to overcome the problem. Our IT advisor Sam Pitroda has remained absent at this moment of crisis.

Reliable sources said that computers at the Utkal Gramya Bank at Titlagarh in Bolangir district were affected by WannaCry Ransomware. It crippled the operations of the bank with officials immediately suspending operations. The authorities reportedly filed a case with the police.

The manager of the bank was quoted as saying that the data in the computers were encrypted and the hacker demanded a payment of $300. The intimated the authorities.

The manager said the hackers provided an online postal code and directed authorities to make payments only in Bitcoin, the crypto currency not controlled by any financial body but used widely for online transaction.

On the other hand, a three-team crime branch team reached the Berhampur city hospital to launch a probe. A senior official said that the crime branch team had reached Berhampur and started an inquiry. They also provided some guidelines to avoid cyber attacks.

Worried over the continued cyber attack, the Burla Medical college authorities in Sambalpur are reported to have issued guidelines to keep their systems immune from the ransomeware attack. The hospital authorities are worried as they have more than 100 computer systems.

With a number of computer systems and services being exposed to the cyber attacks, the BJP state unit has questioned the state government why its IT advisor Sam Pitroda was absent at this moment of crisis. “The IT advisor is missing at a time when WannaCry” virus is hitting various services. The state government should abstain from recruiting NRIs as advisors,” said a party spokesperson.

However, a senior government official said “The cyber attack is a global phenomenon. Pitroda has been appointed to give advice to the state on the development of IT sector. At this point, his presence is not needed. We will be taking his advice when it is required.” He said directions have been issued to all the concerned authorities to update their computers with anti-virus.

A ruling Biju janata Dal spokesperson said “The “WannaCry” virus has hit a number of countries. At this point, asking questions about Sam Pitroda is unfortunate. Our government is also worried about this issue and taking necessary steps.  The crime branch is probing the matter.”

The state administration has already issued a series of guidelines and communicated with the district collectors about cyber attacks. The state government is also taking help of IIIT and NIC to overcome the problem. One has to wait and see whether all this helps avoid a crisis.