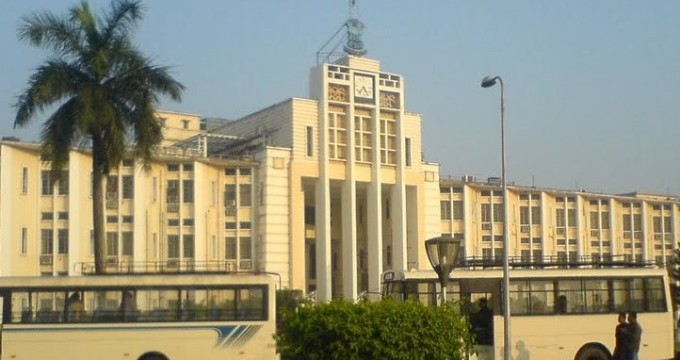 Odisha is suddenly lagging behind on the industrial front; the blame should be taken by industries secretary, Sanjeev Chopra, who is not a native of Odisha. The tenure of Chopra has seen the ambitious POSCO steel project, arguably India’s biggest FDI, shifting out the state. Tourism director, Nitisn Bhanudas Jawale who, many feel, has failed to develop tourism in the expected manner.

Odisha has tremendous potential for growth in diverse fields, be it setting up new industries or development of tourism. But the state has failed to optimize the opportunities it has got because of the lackadaisical attitude of its officers, a majority of them non-Odias whose commitment to the state remains questionable.

Sources said that if the state is suddenly lagging behind on the industrial front the blame should be taken by industries secretary, Sanjeev Chopra who is not a native of Odisha. The tenure of Chopra has seen the ambitious POSCO steel project, arguably India’s biggest FDI, shifting out the state.

It may be argued that chances of POSCO setting up its steel plant in the state had begun dwindling a few years ago with the South Korean company failing to get the desired iron ore mines at Khandadhar. While land acquisition was a long drawn and violence-marred process that tested the patience of the company the state government’s failure to renew its MOU with POSCO also played a role.

Still, it is being argued, that a pro-active government, could have saved the project and, in the process the image of the state. But that was not to be because the top mandarins of industries department failed to show the required zeal and commitment.  This has triggered a debate over the dedication of non-Odia officers and their commitment to the development of the state.

Yet another example being cited is that of tourism director, Nitisn Bhanudas Jawale who, many feel, has failed to develop tourism in the expected manner. The state has tremendous potential in this field as well as Odisha is blessed with immense natural wealth in the form of forest, lakes and rivers and also boats of a great cultural heritage visible in the form of its temples, pagodas and dance forms.

With a little more imagination and hard work the state could have turned these assets to account. But the ground reality is completely different. The focus, as always, has remained on biggest tourist sites like Puri Jagannath temple and the sun temple at Konark while smaller sites, though attractive and capable of pulling tourists, have been ignored.

As a result tourism has failed to make desired progress in the state. Experts blame lack of commitment, especially on the part of non-Odia officers for this. “Had Odisha been their home state perhaps they would have behaved differently. But they are not from the state and lack dedication. They also lack imagination and drive. The state cannot develop with such officers in the driving seat,” said an observer. Others felt it was time that chief minister, Naveen Patnaik woke up to this reality and took corrective steps.