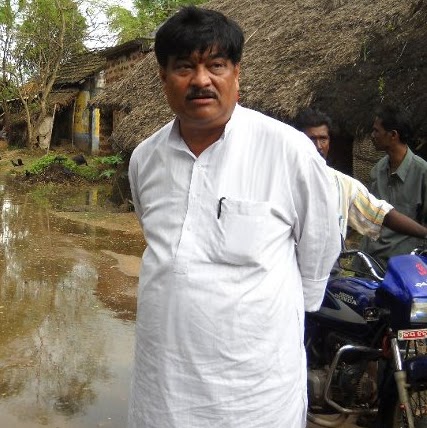 In a touching gesture, former minister and Athgarh MLA, Ranendra Pratap Swain aka Raja rushed to the village of an ailing supporter in his constituency after getting a text message that he wanted to see him for one last time. Giving details of the incident on his Facebook page, the firebrand MLA said he received a message on his cell phone from one Rahasa Hembram of Musuliya village saying that the man had been his follower for a long time. Hembram, who said he was severely ill and bed-ridden, expressed the desire to meet the legislator once before death claimed him.“After this message I rushed to my constituent’s village Musulia of Radhakrushnapur panchayat. After assuring his wife everything will be taken care of immediately took him to SCB medical, Cuttack for his treatment. May Kalia Thakura help his speedy recovery,” Swain wrote on his Facebook page