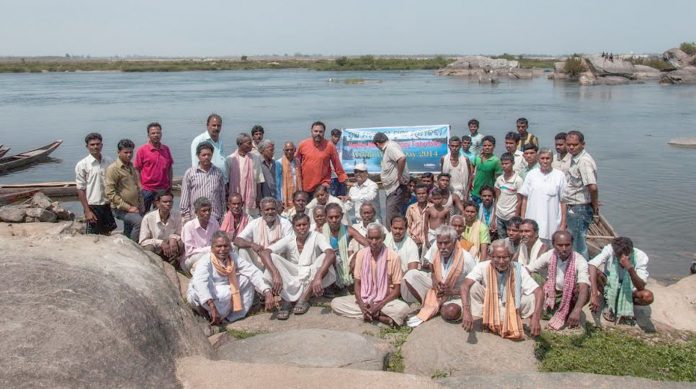 Apex court directive to constitute a tribunal to resolve the Mahanadi water dispute would go a long way in protecting the interests of the people, especially the farmers of Odisha

In a major victory for Odisha the Supreme Court recently directed the Centre to constitute a tribunal to resolve the state’s dispute with neighbouring Chhattisgarh over the sharing of Mahanadi waters. The apex court made it clear that the tribunal has to be constituted within a month.

Odisha, which has been asking Chhattisgarh to stop construction of barrages and other structures on the river that happens to be state’s lifeline, had filed a complaint with the Centre in November, 2016 seeking the constitution of a tribunal to resolve the row between the two states.

Following sustained pressure from the state government the then union minister of state for water resources Sanjeev Balyan had made statements on July 31, 2017 in Rajya Sabha and August 10, 2017 in Lok Sabha regarding the need for a tribunal to adjudicate the dispute between the two states. Following that the Centre had also informed the Supreme Court about its intention to issue a notification in this regard by November 19.

However, taking Odisha government by complete surprise the water resources ministry filed a written statement on December 4 saying that the tribunal could not be constituted. While this made the ruling BJD step up its agitation on the demand for a tribunal with Congress, too, backing its stand.

However, the state BJP, caught between the considerations of loyalty for the Centre and sympathy for its own party government in Chhattisgarh had been vacillating on the issue even though it found itself constrained to be support the unanimous resolution adopted by the state assembly last December for the constitution of a tribunal on Mahanadi.

Given this backdrop today’s court judgement is being hailed by all sides. Describing Mahanadi as the lifeline of Odisha chief minister, Naveen Patnaik said, “We have been pleading with the union government for a setting up a tribunal to protect the interests of our state. Today our stand has been vindicated.” He expressed confidence that apex court directive would go a long way in “protecting the interests of our people, especially the farmers.”

While BJD’s Rajya Sabha MP, Prasanna Acharya described the order as a victory for truth and justice former state Congress president, Niranjan Patnaik said the development was expected but it was more important for the state to ensure that Chhattisgarh immediately stopped all work on the river.

Former minister and BJP veteran, Bijay Mohapatra, who had gone out on a limb demanding a tribunal to settle the dispute against his party line, was expectedly elated at the court directive. “This will give an opportunity for both sides to heard,” he said.