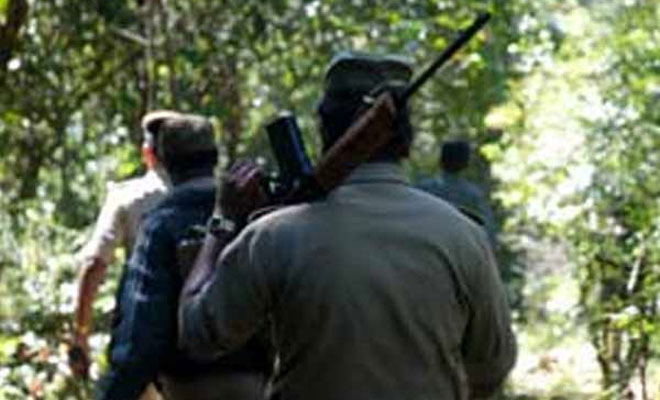 Sabitri Murmu alias Kunii, a resident of Telkoi area in Keonjhar district, was associated with the Maoist organization since 2008. She operated in the Kalinga Nagar division of the banned CPI (Maoist) and was involved in the abduction of a police official in Daitari area of Keonjhar district in 2010. She says that the life as a rebel was difficult, as they did not get enough food and subjected to torture. Kuni decided to give up arms.

Life as outlaws is proving to be too difficult for many Maoists, specially the women cadres who have been laying down arms to return to the social mainstream. This is a new but heartening trend which has also been hailed by senior police and civil administration officials.

The latest surrender has come from Deogarh district of western Odisha. Unable to put up with the hard life as a rebel and torture at the hands of seniors, a woman Maoist surrendered before the police in the on June 27.

Sabitri Murmu alias Kuni was involved in a case of exchange of fire with the security forces and also in some cases of extortion, claimed police. Deogarh superintendent of police, Sarah Sharma said Kuni, a resident of Telkoi area in Keonjhar district, was associated with the Maoist organization since 2008 but decided to give up arms as she was fed up with the violent activities of the rebels.

Kuni, who operated in the Kalinga Nagar division of the banned CPI (Maoist) and was involved in the abduction of a police official in Daitari area of Keonjhar district in 2010, said life as a rebel was difficult. “I did not get enough food and was also subjected to torture,” she added.

Kuni, who also involved in an exchange of fire between Maoists and the security forces in the Kaliapani area of Jajpur district in 2011, used to recruit poor tribal youths from Deogarh, Jajpur, Angul, Rourkela and Keonjhar areas as part of the Maoists’ membership drive. She was also involved in cases of extortion from businessmen, industrialists and contractors, said police.

She decided to surrender after she realized that the Maoists had deviated from their original ideology and women cadres were being subjected to physical and mental torture by the seniors.

This is not the first case of surrender by Maoists in the state this year. On May 29 three rebels including a woman cadre and a minor had laid down arms before Rourkela police following disillusionment with the Maoist ideology.

The woman cadre, Phula Munda alias Gurubari, who had given up arms in Rourkela, carried a reward of Rs 1 lakh on her head. However, the bigger catch for the police was Siddharth Lohar alias Bhima who carried a price tag of Rs 5 lakh. Both Lohar and Munda are natives of Jharkhand.  Lohar had been active in Sundargarh, Deogarh, Angul and Boudh districts. He was part of Sundargarh-Deogarh-Sambalpur division of the CPI (Maoist).

The Lohar and Munda were involved in several encounters with the police in Odisha and Jharkhand. Lohar decided to give up arms as he was undergoing psychological torture at the hands of the Maoist leadership because his wife, Sushma, had surrendered before Sambalpur police in 2014.

Senior police officials are hopeful that more surrenders would take place and rebels would continue to return to the mainstream and avail of the surrender benefits announced by the state government. “This is our best bet in putting an end to the Left wing violence in the state,” said a senior official.