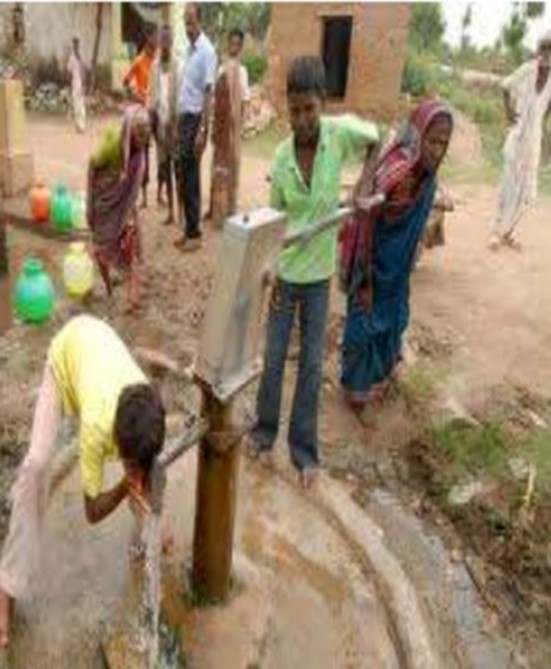 As many as 16 out of 30 districts of Odisha are affected by the fluoride menace, which is most acute in districts like Nuapada, Nayagarh, Khurda, Puri, Angul and Bolangir. While fluoride pollution in Angul is direct fallout of intense industrial activity in the district, in other area it has resulted from the presence of underground fluoride-bearing minerals.

Fluoride contamination of ground water is a growing menace in the state where soaring mercury has already triggered a drinking water crisis.

Fluroide is a chemical compound which is reckoned among the most dangerous water pollutants. Its excess presence in water can cause premature decay of teeth and weaken bones making people look much older than their age.

As many as 16 out of 30 districts of the state are affected by the problem which is most acute in districts like Nuapada, Nayagarh, Khurda, Puri, Angul and Bolangir. While fluoride pollution in Angul is direct fallout of intense industrial activity in the district, in other area it has resulted from the presence of underground rocks containing fluoride-bearing minerals.

Sources said that the minimum that the government could do to shield people from the fluoride menace was to test the quality of underground water before sinking tubewells. Similarly, the habitations already suffering from the problem ought to be provided with safe alternative water sources.

“However, the efforts made by the government in this regard leave much to be desired. The rural water supply and sanitation department seems be lacking both manpower and expertise to be of any real help to the people,” said an expert.

One of the most glaring examples of government’s failure on this front is the plight of the fluoride-affected people of Balsingh-Singhpur in Khurda district. A majority of residents in these twin villages under Bolagarh block suffer from weak bones, stooping from infirmity caused by fluoride than age. “Even teenage boys and girls have mottled teeth. We have tried several doctors but all in vain,” said Baikuntha Pradhan, who runs a shop in Singhpur.

The problem in Balsingh-Singhpur erupted in the 80s and when it turned acute the government decided to relocate the residents at a new contamination-free site named New Singhpur, about 20 kms away. However, the rehabilitation plan is still moving at snail’s pace with the residents not happy with the assistance provided by the authorities.

“A majority of the families are yet to move to the new site because certain issues remain to be addressed. It should not have taken so long,” said Pradhan who is himself in the process of making a move to New Singhpur after a long wait. For the majority still battling the fluoride menace, the government has made arrangements to provide safe drinking water from a nearby pump house.

However, villagers alleged that the supply from the pump house was neither sufficient nor regular. “Under the circumstances people cannot but drink the unsafe water from the contaminated sources,” said Pradhan.

Sources said the problem was equally acute in several villages of Nuapada which is among the most backward districts of the state. But in most cases the government seems to have failed to come to the rescue of the victims.