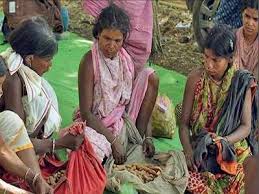 The Government has revised the Minimum Support Price of 23 items of Minor Forest Produce items and has introduced MSP for 17 new MFP items. The 23 items whose MSP has been revised include those Minor Forest Produce items which have been covered under the scheme since its inception in the year 2013-14. The revised MSP also includes those MFP items which were announced on 31.10.2016 except Palash Flower (wet variety).

The Ministry of Tribal Affairs, in a notification issued yesterday, has asked all the State Governments to bring these changes to the notice of State nodal agencies and the State implementing agencies. TRIFED will be required to keep a watch on market prices and display on website besides sharing with the States to facilitate implementation of the scheme. There shall also be an endeavor to develop market linkage between State agencies, through State nodal department for bulk users/buyers.

In view of the general cost escalation on all fronts the question of revision of MSP of the MFP items had been under consideration of the Government for some time. Consequent upon receipt of recommendations of the MFP Pricing Cell for revision of MSP of the MFP items already existing in the scheme, as also the recommendation for the inclusion of additional MFP items, the Ministry, after due deliberation, has now decided to revise the MSP of the 10 MFP items which have formed a part of the scheme from its very inception as under:

* The MFP Pricing Cell did not recommend any revised MSP for Guggul (Sterculia urens).

The MSP of the MFP items as mentioned above shall be operative with immediate effect and shall remain valid till further revision.

Click here for the notification on MSP for MFP.