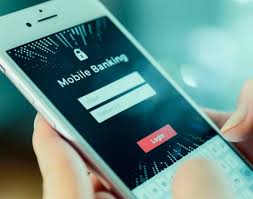 Digital Banking will help in empowering rural economy by curtailing parallel economy, improving ease of business and transparency in transactions. It will facilitate an effective payment and accounting system enhancing the speed of delivery of banking services considerably.

India is one of the fastest growing economy where rural India plays a significant role in the economic growth of the country. Government has been encouraging banks to open branches in rural areas with an inclusive approach towards economic growth. This has been given further push by using Business Correspondents and Customer Service Points for Financial inclusion. The major drive to include rural economy part of Indian economy started with opening of Accounts under Pradhan Mantri Jan Dhan Yojana (PMJDY). For handling financial transactions of such a huge rural population, Government has been focusing on the digital transactions initiatives since last few years. This is further evolved with availability of services of telephone, mobile and internet in rural areas. Events like demonetization, Covid 19 global pandemic has brought the need for further push of digital initiatives particularly amongst rural populations to the forefront. Major Digital wallet companies like Paytm, PhonePe, Google Pay, BHIM app and UPI (unified payment interface) launched by government also had significant impact on digitalization of financial transactions for villagers. Further Rural India is the spearhead of economic development with 70% population staying there. So many of the Fin-tech companies, mobile wallets and ecommerce companies are also adapting strategic approach to focus on the rural locations for attaining a good market share.

Digital Banking will help in empowering rural economy by curtailing parallel economy, improving ease of business and transparency in transactions. It facilitates an effective payment and accounting system enhancing the speed of delivery of banking services considerably. Government of India and the Reserve Bank of India (RBI) has taken lot of initiatives to facilitate the development of E-banking in rural India. IT Act, 2000 enacted by Government of India provides legal recognition to electronic transactions. Only when the digital methods become an integral part of rural economic development, the digital initiatives could be considered as successful.

Banks are continuously introducing the core concept of IT based services for customer’s delight. The most common modes of digital banking services offered by Banks are:-

Banking industry is regularly trying to utilize the advantages of IT revolution on it’s daily processes and transactions. The implementation of internet in banking organizations has greatly affected banking as such. Competition among banks led to increase in total automation in the Indian banking industry. E-banking has improved efficiency and convenience.

Following opportunities are motivating the stakeholders for implementing e-banking despite of various problems that are prevailing:

Rural market is largely untapped even though majority of Indian population stays there. Banks have entered only in few big villages. So the banks have opportunity to reach in remaining all villages virtually so that no citizen is deprived of banking services.

Money needs to be circulated fast for better liquidity everywhere. Spending hours in long queues in the bank to transfer or remit money is a cumbersome and time-consuming for both customers and financial institutions. Through digital banking one will be able to complete the transactions without leaving the seat and thereby saving time.

RBI, SEBI, IRDA and many other financial market players have taken a number of initiatives for financial education. They have prepared curriculum on various topics including internet banking, banking product and services, net banking to educate the school students, college students, working executives, middle income group, homemakers, retired personnel, self help groups in many villages.

Usage of digital payments was an option prior to demonetization. But India being cash based economy for decades; consumers are yet to get rid of the cash-based transaction habits. Despite positive social trends in rural segments for embracing the digitalization, still there are considerable challenges in succeeding the paradigm shift. But if some of the key macro challenges, business limitations and consumer related issues are addressed, there could be remarkable developments in the process.

Growth of digital payments in rural sector is largely affected by lack of trust among customers. Internet being the open and insecure channel of communication might not be the best base for bank-client relations. Gaining the confidence of consumers is one of the key factors because of emerging information security challenges.

Cost of transactions recovered from the customers is also a major concern. Charging of transaction cost from consumers by some retailers on debit card transaction is an additional burden. Similarly, companies charging for switching the money from wallet to bank accounts are again a key concern which needs to be addressed. This is not favorably accepted by the rural population.

Security of deposit is the concern for many customers while thinking of Anytime Anywhere Banking. The regular news of loss of money in digital transactions creates apprehension. Hackers and cyber criminals are still giving financial institutions a run for their money. So this has created a fear psychosis amongst customers and more so in rural areas. Customers are not willing to take any chances.

In India the awareness among consumers about the e-banking facilities and procedures is still at lower side. Dissemination of proper information about the use, benefits and facility of internet banking is still very low. Lack of awareness of new technology and their benefits is one of the major barriers in the development of e-banking.

Reliance on “brick and mortar” branch:

Many people are not convinced about digital banking unless they have proof that a bank exists in brick and mortar form. They do not trust on a bank which provides only digital transactions without having any existence. Hence it is hard to become completely digitalized.

There is lack of bandwidth and reach of technology to various locations.  The digital payments modality can only be practical when the loop holes like connectivity with proper bandwidth and adequate PoS solutions are addressed in quick turnaround time. Though it is decided that every corner of India shall have IT services in place, still in many of the locations where the installations were complete, services are not available for the customers.

With technology making rapid strides our regulatory norms governing them are still evolving. Regulators and supervisors need to be more watchful about emerging technologies which are not time tested.

The above factors are preventing digital banking from stabilizing and becoming a universal banking method for everybody.

For effective and intensive adoption of digital channels in rural India a certain key factors needs to be addressed urgently. This will ensure a better and inclusive economic growth

Till date very few rural customers have adopted digital methods compared that of urban customers. But with internet reach expanding every day, financial Institutions are taking a lot of initiatives to inculcate the habit of adoption of digital methods among rural consumers more popular. This is largely because of technological disintermediation which enables banks to reach out to rural customers with minimal incremental investments on the supply-side.  India is fast emerging as one of the largest and strong economies. For sustained and robust economic development, cent percent financial inclusion needs to be achieved. This is possible by restricting the parallel cash-based economy and encouraging regulated digital transactions. Such developments will be possible by focusing on rural India to embrace the digital way of transactions.

Disclaimer: The views expressed in this article is Author’s own 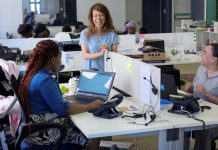 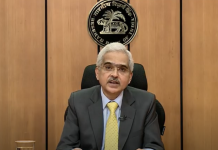 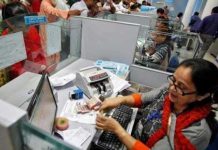 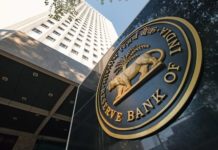 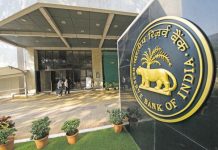