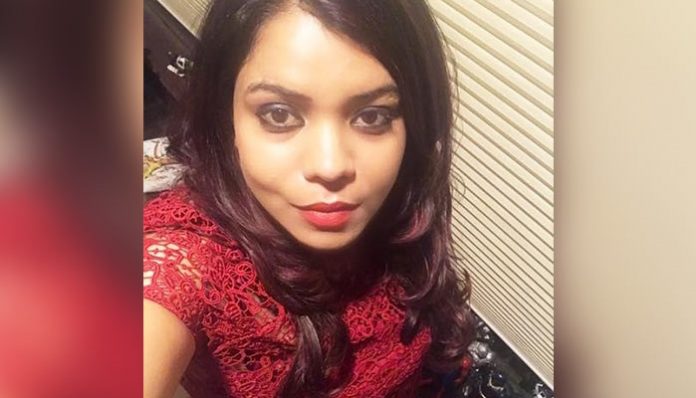 “In 2011 when I wrote the story on Robert Vadra’s dealings with DLF, I don’t remember the sort of backlash that I see now…. Intimidation and harassment are tools often used by powerful people to get journalists to toe the line. As someone famously once said, and I paraphrase, news is something someone wants to suppress, everything else is advertising.”– says freelance journalist Rohini Singh.

On October 8, news website The Wire (www.wire.in) broke a story titled “The Golden Touch of Jay Amit Shah”.Written by a freelance journalist Rohini Singh, the story claimed that Temple Enterprises, a company owned by Jay Shah, son of BJP president Amit Shah, grew by 16,000 in a span of one year. Singh’s story was based on the analysis of balance sheets and annual reports that Temple Enterprises, submitted to the Registrar of Companies.
“In 2013-14, Temple Enterprise did not own any fixed assets and had no inventories or stock. It also got an income tax refund of Rs 5,796. In FY 2014-15, it earned Rs 50,000 as revenue. However, in 2015-16, the firm’s revenues jumped to over Rs 80.5 crore, a growth of 16 lakh percent,” she wrote in The Wire. “The firm had no fixed assets the year before. Short-term loans and advances were Rs 4.14 crore, up from Rs 10,000 the year before. Inventories were Rs 9 crore, up from zero the previous year, according to the firm’s filings.”

The explosive story ahead of Gujarat elections, the outcome which may make or mar the fortune of the Modi government at the Centre, set the social media on fire. But the national news channels maintained a stoic silence several hours after The Wire broke the story.
The channels started airing news about it only after the BJP spokespersons came forward to defend Jay Shah. And what were the stories? Most of the channels parroted what the BJP spokespersons said while refuting the story done by Singh and terming it as “false, derogatory, defamatory and baseless”. Few bothered to go into details of the story done by The Wire.
The sensitive issue was not a topic of debate for the majority of the channels. The prime time debate of a very vocal news channel was on fatwa by Muslim clergy, love jihad and vegetarianism in Gurugram. Some of the national news channels, promoted by BJP MPs and leaders, blacked out the Congress’ presser that demanded investigation into financial transactions of Jay Shah, while showing live the presser by BJP leaders. Same was the case with most leading newspapers that headlined Jay Shah suing The Wire for Rs.100 crore but downplayed or almost ignored the background behind the defamation case. However, had The Wire expose been about the son of an opposition leader, for instance Lalu Prasad Yadav’s, the same mainstream media, now accused by some as “lap media”, would have hounded them.
This has become the sorry state of the so-called national media comprising mostly corporate controlled and revenue driven conglomerates. Undoubtedly, the majority of the media has been pro-establishment, but the present scenario, their spinelessness is scary as they are increasingly being a party to camouflaging the alleged misdeeds of the powerful and mighty.
At the same time, the same mainstream media looked the other way when BJP’s fringe groups flooded the social media with abuse trolls against The Wire, its editors and Singh for being a “fake reporter”. Incidentally, the same “fake reporter” was a “very good reporter” for the BJP leaders when she broke a story during the UPA rule on the alleged dubious land deals between DLF and Robert Vadra, Congress supremo Sonia Gandhi.
Singh herself is astonished with the kind of vitriolic attack she is facing as compared to the time. Writing a post on Facebook, she said: “In 2011 when I wrote the story on Robert Vadra’s dealings with DLF, I don’t remember the sort of backlash that I see now…. Intimidation and harassment are tools often used by powerful people to get journalists to toe the line. As someone famously once said, and I paraphrase, news is something someone wants to suppress, everything else is advertising.”
There is, though, a silver lining in the dark days of media. The established media, though flush with finance, is gradually losing credibility. Why would one watch prime time debates that resemble like TV serials? Why would not one watch the serials instead?
On the other hand, a new kind of media, mostly on digital platform, is emerging and gaining prominence. The Wire showed that a website could shake a ruling government as powerful as one that is led by BJP.
The story by Singh on Jay Shah on The Wire was shared around 1.50 lakh times. Even Singh’s Facebook post received 12,000 likes and was shared 4,351 times. With this kind of overwhelming response, who needs the mainstream media?