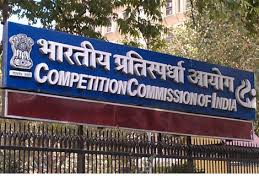 The Competition Commission of India (‘Commission’) has found Madhya Pradesh Chemists and Druggist Association (‘MPCDA’), Indore Chemists Association (‘ICA’), Himalaya Drug Company (‘HDC’) and Intas Pharmaceuticals Limited (‘IPL’) along with some of their office bearers/officials to be in contravention of the provisions of the Competition Act, 2002 (‘Act’).

The Commission imposed a monetary penalty on the associations i.e. Rs. 4,18,404/- on MPCDA and Rs. 39,142/- on ICA, in addition to cease and desist directions, issued under Section 27 of the Act. Further taking into account the role played by certain office bearers of the said associations, penalties were imposed on such office bearers. The Commission after taking into account the mitigating factors demonstrated by Himalaya Drug Company and Intas Pharmaceutical Limited, imposed on said companies amounting to Rs. 18,59,58,000/- and Rs. 55,59,68,000/- respectively. Penalty was also imposed on certain officials of these companies.  The Commission, however, did not find any evidence of contravention on the part of certain other associations and pharmaceutical companies.

Action was initiated after information was filed with the Commission by M/s Madhya Pradesh Chemists and Distributors Federation alleging contravention of the provisions of Section 3 of the Act by MPCDA and others including certain pharmaceutical companies. The allegations were that the above named associations, through their practices of mandating ‘No Objection Certificate’ (‘NOC’)/ Letter of Consent (LOC’) prior to appointment of stockists were stifling competition in the market by limiting access of consumers to various pharmaceutical products and controlling supply of drugs in the market. The Commission after forming a prima-facie opinion directed the office of Director General (‘DG’) to conduct investigation into the matter.

The Commission after appreciation of the detailed submission of the concerned parties and based on the evidence on record, found the conduct of the aforementioned associations and pharmaceutical companies to be in contravention of the provisions of Section 3(3)(a) and 3(3)(b) read with Section 3(1) of the Act.

The Commission made the order on 03.06.2019. The detailed order is available at the Commission’s website www.cci.gov.in