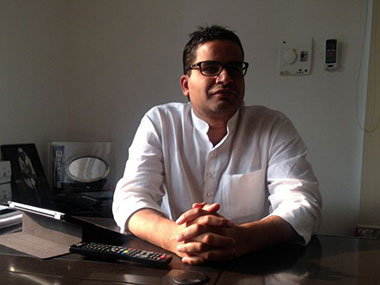 After BJP’s victory in 2014, Kishor had a major fall out with BJP. Kishor had joined hands with the Mahagathbandhan (Grand Alliance) led by Nitish-Lalu combine, for the 2015 Bihar Assembly elections. The grand alliance triumphed in the election, with Kishor being heavily credited by Nitish Kumar-led Janata Dal (United).

Both BJP and Congress are getting ready for the 2019 poll battle with reports suggesting that Prashant Kishor, the poll strategist who played a key role in Prime Minister Narendra Modi’s unprecedented victory in the 2014, may join hands with the saffron party again. The star planner is believed to have held many meeting with Modi and BJP chief Amit Shah.

The trio of Modi, Shah and Kishor has reportedly discussed strategy for the upcoming poll campaign. After BJP’s victory in 2014, Kishor had a major fall out with Shah after he refused to accept his demand for a plum post in the party. “However, they have come together again on Modi’s advice,” said a source.

After quitting BJP Kishor had joined hands with the Mahagathbandhan (Grand Alliance) led by Nitish-Lalu combine, for the 2015 Bihar Assembly elections. The grand alliance triumphed in the election, with Kishor being heavily credited by Nitish Kumar-led Janata Dal (United).

Earlier in February also there were reports that Kishor and his team will strategise for BJP and Prime Minister Narendra Modi. On the other hand the Indian National Congress seems to be ready to make full use of big data and data analytics to prepare for the upcoming Lok Sabha elections in 2019. After facing a gigantic defeat in the last Lok Sabha election in 2014, and the following Assembly polls, the Congress party seems to be ready to try out new things this time.

Earlier this February, the Congress party had announced that their computer department had been renamed as Data Analytics Department. According to reports Congress’s freshly-minted Data Analytics Department is dissecting the numbers they have compiled. These figures include vote share, seats and the apparent shifting of voting patterns since 2009. The INC is going to use the analytics gun to strategise against the Bharatiya Janata Party (BJP) for the 2019 Lok Sabha battle.

On the other hand led by party chief Amit Shah and RSS pointsman Krishna Gopal, the BJP brass went into a huddle recently to take stock of emerging electoral challenges posed by the possibility of a united Opposition in the general elections.

The BJP is also bracing up for election campaigns in the poll-bound states. Sources said a host of issues including campaign strategies for the poll-bound states were discussed. Besides, the party leadership sought to assess the challenges ahead of the Assembly elections in Madhya Pradesh, Chhattisgarh and Rajasthan. External affairs minister Sushma Swaraj and BJP organisational secretary Ram Lal also took part in the deliberations. “The BJP leaders discussed the issue of a range of welfare schemes which could help the party beat anti-incumbency in the poll-bound states.”

The party leadership with the help of reports of the social welfare ministry strategised to maximise the reach of the welfare schemes in these states. However, none of this is going to click till the party actually delivers on its promises. 2019 is going to be a difficult year for the BJP