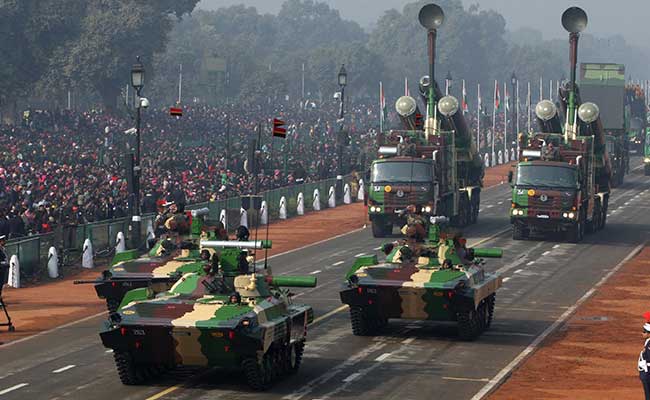 26th January, 1950 is a red letter day in Indian history. On this day, India became a Sovereign Democratic Republic. Sovereign means a country which is not only internally supreme but is also independent of any outside control. Democracy is a government of the people, by the people and for the people. In a Republic, the Head of a State is not hereditary. He 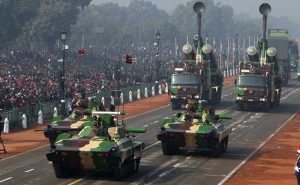 is elected by the people.

The Constitution of India was also promulgated on 26th January. In fact, the Constitution was ready on 26th November, 1949 but its promulgation was deferred to coincide with 26th January, 1950. 26th January has played a very important role in the history of India’s struggle for independence. On 26th January, 1930, the All-India Congress Committee at its Lahore Session held under the Presidentship of late Pt. Jawahar Lai Nehru pledged that India’s aim was “Purna Swaraj” i.e., complete independence from British rule. Republic Day reminds us of the great sacrifices made by the Indian people to realise their pledge of complete independence from British rule. This day is celebrated throughout the country with great enthusiasm. It is our national festival and treated as a National Holiday.

Riding a mix of religion, commerce and a growing challenge of China, India will be hosting the all heads of state of the ten-member Association of South East Asian Nations (ASEAN) for an India-ASEAN summit to mark 25 years of the relationship. All the ten will be chief guests at the Republic Day parade down the Rajpath in New Delhi on January 26.

India-ASEAN relationship shall rest on three ‘C’s – Commerce, Culture and Connectivity. Various people-to-people connects will be marked by the high-profile India-ASEAN commemorative summit in New Delhi on January 25 and followed by the festive fanfare of the military-cultural parade the next day. This is the second time that an India-ASEAN summit is being held.  The previous one took place five years ago to mark 20 years of the relationship.

The maritime connectivity will be an important route for our relationship. Another focus will be on strategic ties as India and companies held by private individuals are investing in various infrastructure projects. ASEAN, consisting of South East Asian countries like Thailand, Vietnam, Indonesia, Malaysia, Philippines, Singapore, Myanmar, Cambodia, Laos and Brunei form the fourth largest trading partner of India with trade at US $70 billion.

India is also looking at providing the much needed stability in the South China Sea. Some of the ASEAN countries are locked in territorial dispute with China in the hydrocarbon rich sea. India has a stated goal that freedom of navigation and over flight over the South China Sea in crucial. China unilaterally claims large parts of the sea. A peaceful, stable and free Asia is very important today in the global interest and more particularly for us.

India, during the 69th R Day parade will focus on the youth and host 500 children exposing the ASEAN leaders to the Indian way of life. At the religious-cultural level India has invited their ‘Ramayana’ troupes to perform in India. Variations of the Hindu epic are narrated in various forms in these countries.  Ramayana has remained an important link between these countries. Connectivity is the fulcrum of all three C’s. It is not just maritime or road connectivity; it is the soft connectivity. India-ASEAN ties go back to 2000 years.

The trilateral highway that will link India’s northeast to Thailand via Myanmar is expected to be completed by 2019. At the trade level India is looking to integrate itself into the textile manufacturing, agriculture and tourism. India see no friction between India and ASEAN on the quadrilateral – India, US, Australia and Japan. The world acknowledges that India respects international rule of law.

As we enter our 69th year of existence as a republic, the international environment seems to be growing distinctly adverse to our rise. Among other things, we have a growing China problem. China has signalled in recent times that it wants to block India’s rise. It has been unrelenting in thwarting India at successive international fora.

India’s aspiration to be a member of the Nuclear Suppliers Group is being challenged by China. It may be an encouraging sign that India, which stands committed to world peace and democracy, is preferred by President Trump administration. But we will have a problem if Trump follows through on his protectionist programme and cuts access to our biggest export market. While India should continue to reach out across the world, the strategic partnership currently being pursued with the UAE is an excellent initiative in this regard, it will succeed in making its case only to the extent that it also succeeds in strengthening its own economy and fostering interdependency with others.

Chinese GDP may be five times India’s and India may be a distant speck in Dragon’s rear view mirror. But China is an unsentimental practitioner of realpolitik; it will begin to respect India’s concerns if it sees that speck in its rear view mirror grow larger rather than recede and vanish in the distance. To that end, we must grow our economy at a rate at least three percentage points higher than China’s. This will need transcending populism and carrying out big bang reform, on a scale that hasn’t been seen since 2004. The budget, due on next month, will reveal whether big bang reform that improves India’s and Indians’ prospects is on the cards or not.

At a time when China and India are engaged in a stand-off on the construction of the road in the Dokalam area near the Bhutan trijunction, India has rightly taken an assertive diplomatic step to strengthen the bond with the Southeast Asian Nations. In perhaps the most significant exposition of its ‘Act East policy’, India will invite the heads of state or government of all 10 ASEAN countries for the Republic Day parade and celebrations.  This will be the first time ever that India will witness top leaders as chief guests at the Republic Day parade that will showcase India’s military strength.

Former Prime Minister Atal Bihari Bajapayee had rightly told that we may change our friends, but not the neighbors. India shall showcase our neighbors and friends together on the heart of Rajpath, New Delhi on the R Day parade.(-January16-31-2018pp)