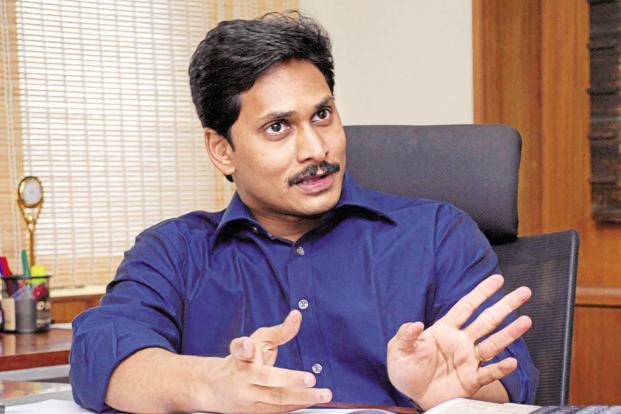 Naidu, a seasoned politician, left the NDA on the pretext of protesting against the Modi government’s cold response to his demand for special status for Andhra Pradesh. It was a calculated political risk to garner sympathy in the state and deflect YSR Congress’ aggressive attack on his government.

The spectacular victories of NDA led by Prime Minister Narendra Modi at the Centre and Biju Janata Dal led by Naveen Patnaik in Odisha assembly elections are the most talked about political topics in the country.

The NDA has enhanced its Lok Sabha tally from 2014 while Patnaik has come back to power in Odisha for a record fifth time.

However, the 2019 elections have thrown up another spectacular victory – that of YSR Congress Party in the assembly elections in Andhra Pradesh. Led by 46-year-old YS Jagan Mohan Reddy, YSR Congress Party has inflicted a crushing defeat on N Chandrababu Naidu, in the process throwing water on the Telugu Desam Party chief’s national ambition.

Like Odisha, Andhra Pradesh had also simultaneous polls for Lok Sabha and state assembly. Under the leadership of Reddy, YSR Congress swept to power getting 151 out of the total 175 seats in the Andhra Pradesh assembly. The party also bagged 22 out of a total of 25 Lok Sabha seats and thus has become a dominant player in the national politics. Such a feat just after eight years of the formation of YSR Congress is extraordinary.

Naidu had lost to Jagan Mohan Reddy’s father YS Rajasekhara Reddy twice in 2004 and 2009. But his defeat in 2019 is probably the most humiliating in his entire career. The TDP, which had won 102 seats in 2014, was decimated to just 23 seats.

Though Naidu, who has been the chief minister of Andhra Pradesh thrice, had often made references to Jagan Mohan Reddy’s “immaturity” and “criminal activities”, he had in a way sensed the young politician’s growing stature in the state. In 2014 elections, though YSR Congress got 67 seats, its vote share was only 1.6% less than that of TDP. Naidu’s party would have lost the 2014 election had it not forged alliance with the BJP and sought the support of Pawan Kalyan’s Jana Sena Party.

Another interesting factor is that the politically astute Naidu always forged alliances with different political forces in different times to capture power in the state. Earlier he had tied up with the Left parties and also TRS. However, in 2019 election, he went to the polls all alone. He had in fact no other option left.

After realising that his government was facing anti-incumbency, Naidu, a seasoned politician, left the NDA on the pretext of protesting against the Modi government’s cold response to his demand for special status for Andhra Pradesh. It was a calculated political risk to garner sympathy in the state and deflect YSR Congress’ aggressive attack on his government. Besides, he tried to consolidate his position through his welfare schemes and ‘world class’ capital city of Amaravati project.

But Naidu’s efforts did not work against Reddy’s massive mass contact programme. The YSR Congress Party chief travelled over 3,600 km across Andhra Pradesh to have “one to one” contact with people to “understand their suffering”. While Reddy prepared a manifesto comprising nine promises based on the feedback from the ground, he also managed to convince common people that the lofty promises being shown by Naidu were false.

Reddy’s mass contact campaign highlighting alleged rampant corruption in the Naidu government and the latter’s failure to implement most of the promises made by him during 2014 elections hugely benefited the YSR chief immensely. During campaign, Reddy’s rally drew huge crowds and his feverish appeal to give him “one chance” struck a chord with people.

A new era begins and new leader is born.