Air Pollution is known to be one of the aggravating factors for many respiratory ailments and cardiovascular diseases. Several epidemiological studies have shown an association between particulate air pollution and exacerbations of illness in people with respiratory disease among older people.

ICMR in collaboration with Public Health foundation of India (PHFI) & Institute of Health Matrix and Evaluation (IHME) had conducted a study titled “The impact of air pollution on deaths, disease burden and life expectancy across the states of India” [available at : http://dx.doi.org/10.1016/S2542-5196(18)30261-4].

ICMR has also conducted a Delhi based multisite study to document acute effect of increase in air pollution on respiratory morbidity by analyzing patients attending Emergency Rooms in 5 sites across Delhi. A total 33,213 patients were enrolled and analyzed. Analysis suggests that increase in pollution level was associated with increase in number of patients in emergency rooms. Effect was more pronounced in children.

Government of India has taken several steps to address air pollutions issues. These include:

Government of India provides financial assistance to all states under National Health Mission for strengthening public health care systems including setting up new hospitals and infrastructure upgradation under various schemes. In addition, Govt of India has also launched PMABHIM with an aim to strengthen healthcare infrastructure across the country which focuses on the primary, secondary and tertiary care services. State /UTs wise funds released under NHM is annexed in financial year 2021-2022.

The Union Minister of State for Health and Family Welfare, Dr. Bharati Pravin Pawar stated this in a written reply in the Lok Sabha today. 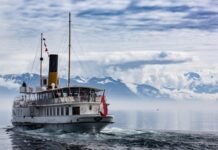