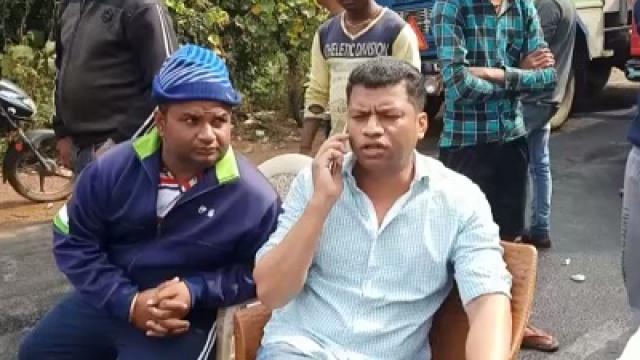 Politicians of all hues have been found inciting violence sometime or other. They have been accused of masterminding communal riots. What is worrisome is that while they get away with it in most of the cases innocent people become victims of violence.

There was a major controversy recently with former Congress MP, Pradeep Majhi being caught on camera asking his supporters to keep petrol and diesel ready and set things on fire once instructions were issued. The video showing Majhi making the call was shot during the Nowrangpur Bandh organised by his party to protest the alleged gangrape and murder of  a  sixteen-year-old dalit girl in Gumandali village under Kosagumuda block of the district.

Local police registered a case against Majhi in connection with the incident. The MP was initially unapologetic and sought to justify it all saying that things have come to such a pass that it has become necessary to follow the path of Netaji Subhash Chandra Bose instead of Mahatma Gandhi.

Politicians trying  to incite violence is nothing new but what is surprising is the brazen manner in which the former MP attempted this on the day of Bandh. No  wonder Majhi did not find support even within his own party with colleagues including the Pradesh Congress Committee (PCC) president, Niranjan Patnaik refusing to come to his rescue. He finally agreed to abide by party discipline.

Majhi has always enjoyed the image of a dynamic leader who has  a big following among the youth. He is seen as a go-getter who will not hesitate to resort to desperate measures to get things done. His radical image has lent him an aura that sustains him as a politician. But he seems to have taken things too far this time. The incident has cast him in poor light, projecting him as a firebug.

But blaming Majhi alone would be wrong when we know of several other politicians who deliberately use violence as a weapon to achieve their goals.Politicians of all hues have been found inciting violence sometime or other. They have been accused of masterminding communal riots. What is worrisome is that while they get away with it in most of the cases innocent people become victims of violence.

There is a debate over agitational modes like  road blocks and ‘rail roko’ which are frequently resorted to by political parties. Apart from the fact that they inconvenience people, causing all kinds of hardships they are often sought to be enforced in a manner that can hardly be described as democratic. Violence cannot be approved of in any of its forms because democracy has no place for violence. It should not even be the last resort in desperate situations.