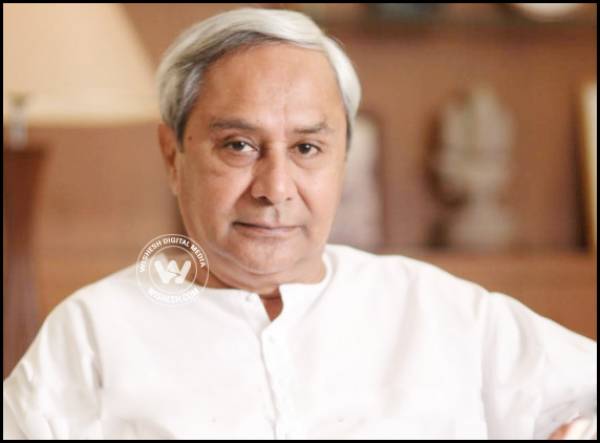 The year 2019 saw the Naveen Patnaik-led Biju Janata Dal going from strength to strength. It won an impressive political victory both in the state assembly and in the Lok Sabha. Though BJP got the tag of the main opposition party snatching it from the Congress, the saffron party seems nowhere near the BJD. However, the government continues to face controversies over several issues.

The year that has just passed into history saw chief minister, Naveen Patnaik emerging as the state’s most popular and powerful leader. Patnaik, who became chief minister of the state for the fifth consecutive term, was successful in keeping his rivals at bay. The BJP emerged as the main opposition party, snatching that tag from the Congress but it was far behind the Biju Janata Dal (BJD) which still rules the state with a brute majority.

While rivalry between BJP and BJD intensified at the state level they appeared to be coming closer at the national level with Naveen Patnaik’s party lending support to BJP-led NDA on crucial issues in the parliament. There was politics even over natural calamities like cyclones that left scores dead and lakhs marooned and ultimately homeless.

The assembly polls saw BJD-BJP rivalry escalating but once the results were announced,  there were indications of Patnaik and Modi  coming close, their bonhomie setting off speculation about a deal. Opposition targeted both the parties and accused the two leaders of having a tacit pact. The BJD stormed home with a landslide victory to form government for a record fifth term, bagging 113 of the 147 assembly seats, though its tally dipped marginally from the 2014 count of 117 seats.

On the other hand BJP despite its below par performance managed to bag 23 assembly seats, an increase of 13 seats from its tally in 2014. It pushed Congress to the third place. The party also put up a good show in the Lok Sabha polls winning eight of the 21 seats at stake. It had only one seat in 2014.

Large parts of Odisha were ravaged by cyclone Fani that claimed at least 64 lives and rendered over five lakh people homeless.The severe cyclonic storm, which rampaged through the coastal areas in early May, damaged over 30 per cent crop and affected more than 1,00,000 hectares of agricultural land in 14 districts of the state. The BJD government, however, won accolades for its handling of the natural disaster. “A record 1.2 million people were evacuated in 24 hours… This mammoth exercise involved more than 45,000 volunteers,” Patnaik had said a day after Fani struck the state.

Interestingly prior to the assembly polls, the Naveen Patnaik government mounted a blistering attack on the BJP-led government at the Centre on expected lines, accusing it of ignoring the interest of Odisha and adopting a step-motherly approach. The chief minister slammed the central government for denying special category status to the state and accused the BJP of meting out injustice to Odisha in connection with the Polavaram project in Andhra Pradesh and the Mahanadi river dispute with Chhattisgarh.

These three were key campaign issues for BJD which kept raising its campaign pitch repeatedly targeting BJP leaders including senior leaders like Prime Minister, Narendra Modi and home minister and BJP president, Amit Shah. On the other hand BJP leaders, during electioneering, repeatedly dubbed the BJD government as inefficient and corrupt with Shah going to the extent of describing the Odisha government as a “burnt transformer” that needed to be thrown out.

The pre-poll acrimony, however, gave way to affability soon after the election as the BJP, which had parted ways with the BJD in 2009 after being allies for more than nine years in the state, sought support from the regional party for Ashwini Vaishnav, a former Odisha cadre IAS officer, as a Rajya Sabha candidate. The 1994-batch officer, who had worked under former prime minister Atal Bihari Vajpayee, joined the BJP and was subsequently elected to Rajya Sabha with BJDs backing.

The tone of senior BJP leaders changed significantly after that and Prime Minister, Narendra Modi showered praise on Chief Minister Naveen Patnaik for “efficient management” of cyclone Fani. In November, Patnaik came in for appreciation from Modi again, this time for strict adherence to parliamentary norms and discipline. Shah followed suit, lauding the CM for ensuring a violence-free campaign in the run up to the polls.

Congress leaders were obviously unable to digest this and its senior leaders including state party chief, Niranjan Patnaik accused the BJD of striking a deal with the BJP, claiming that the “Modi-Naveen Bhai-Bhai” scenario was “compromising” Odisha’s interests. The BJD’s support for the Citizenship (Amendment) Bill, which has since become a law, apparently suggested that the regional party was ready to toe the BJP line. However, following protests against the legislation by the Muslim community in the state, Patnaik stated that his party was not in favour of the proposed pan-India NRC.

There were other significant developments on the political front. One of the most important ones was the merger of the much-hyped Krushak Assistance for Livelihood and Income Augmentation (KALIA) programme with the Centre’s Pradhan Mantri Kisan Samman Nidhi (PM-KISAN) scheme. The move  came under heavy criticism from the opposition and farmer organisations. Ahead of the polls, the state government had refused to tag KALIA and PM-KISAN. The Naba Nirman Krushak Sangathan (NNKS), a leading farmers body, even threatened to lodge complaints in all police stations against the chief minister for making “false promises” prior to the polls.

During the year, the state government launched its ambitious ‘Mo Sarkar’ (my government) initiative, which seeks to make the administration more accountable and responsive to the needs of the common people. Patnaik had announced the move is part of his 5T mantra – Transparency, Technology, Teamwork, Transformation and Time – in order to bring about a transformation in the way the government functions. This move drew both praise and criticism. The government also faced flak for failing to check crimes against women which showed a significant increase. State government’s own figures for the first half of the year showed that 1,149 cases of rape including 604 involving minor girls had been reported. Politics over the issue is likely to intensify in 2020.