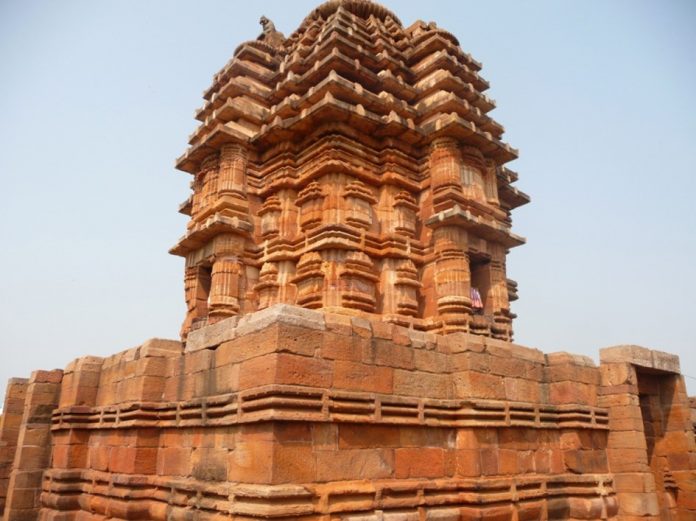 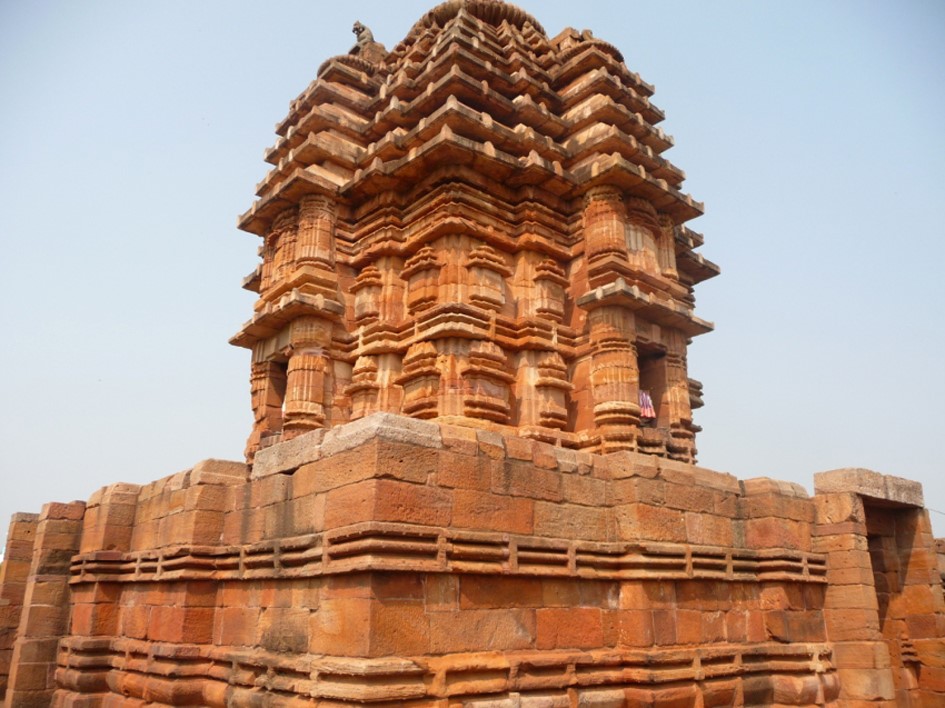 Situated on the side of Tankapani road this temple deviates from usual design of Orissan temples. The peculiar shape of its stepped curvilinear tower was dictated by the unusual size of the enshrined linga of2.74 metres high from floor level.Devoid of any artistic or architectural merit, this temple has hardly any place in the development of temple-structure and is rather a negation of the principles of the rational architectural evolution at Bhubaneswar. Its peculiar form was dictated by the height of the enshrined linga (2.74m. high from the floor-level), which was originally a free-standing pillar. To enable the devotees to reach the top of the linga and to perform ritualistic worship, the bada is built in two tiers: the upper tier, approachable by a flight of steps against the northern wall of the lower tier, is pierced with a door on the wet side; the lower one looks like a platform and is provided with four door ways, one on each side, leading to the floor of the sanctum. Both the tiers are pancha-ratha on plan and have five­fold divisions. The low superstructure, singularly disproportionate, is made of nine pidhas and is crowned by a succession of beki, amla, khapuri and kalasa. The images of the parswa-devatas in the niches of the upper bada are intact. 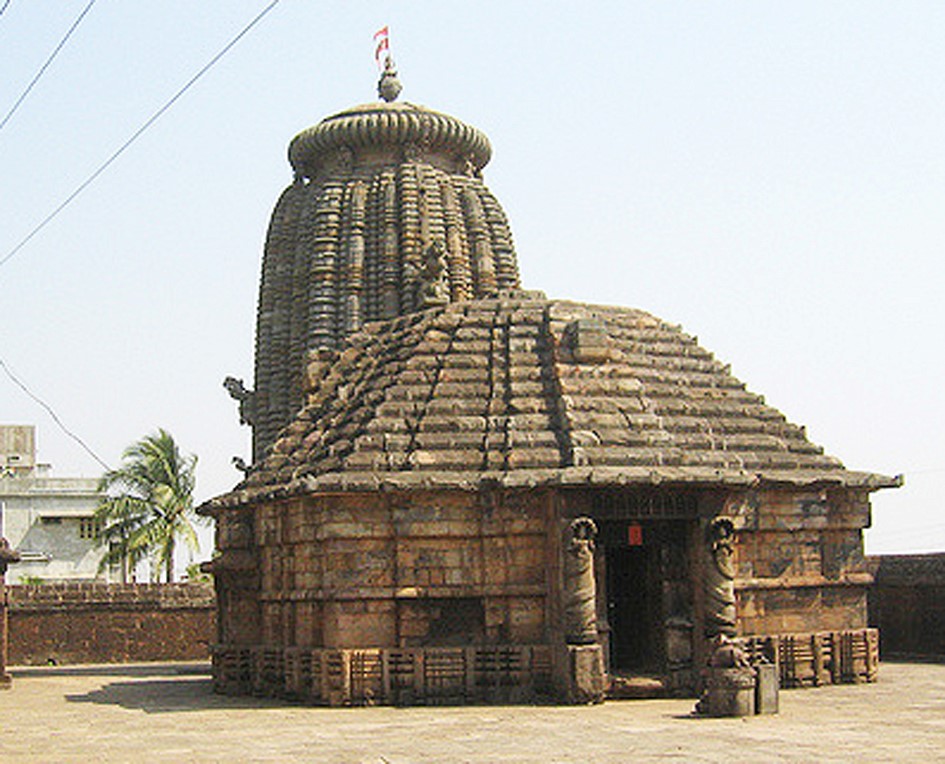 The Megheswar temple at Bhubaneswar is an important specimen of Ganga temple architecture. It is know from an inscription originally attached to this temple, that it was built, by Swapneswardeva, in honour of the God Megheswara Siva. Swapneswardeva is mentioned as a brother-in-law of the Ganga king Rajaraja (1170-90) who in his old age, according to the inscription, made his younger brother Aniyankabhima (1192-95 AD) the king. Therefore the temple must have been built by

Swapneswaradeva sometime during this period. According to the inscription it was consecrated by an Acharya named Vishnu and by his order the prasasti was composed by the poet Udayana.

Being a dated temple, it has an important place in the development of the building art of Bhubaneswar. The course of evolution can, thus, profitably be studied with reference to another dated temple, the Brahmeswara temple, which is more than a century older.

The most striking feature about the deul (15.55 m. high) is the transformation of the spire which has assumed a softened and almost circular appearance, due to the rounding of the sharp edges of the multiple offsets and projections. On plan, the deul has now developed into a sapta-ratha. The bhumi-amlas are circular, and both the anuraha and anuratha are shaped like a vertical succession of the miniature replicas of the deul. Like the Brahmeswara temple, the rampant lions on the rahas except the front one which has the usual elephant under it, rest on kirti-mukhas.

The jangha is divided into two by a set of three mouldings and has the usual decorative motifs with the seated dikpalas in the khakhara-mundis of the corner pagas of the lower jangha. The pidha-mundis of the upper jangha have mostly figures of divinities. Of the parswa devatas only the four-armed Karttikeya, with his peacock pecking his right hand, is almost intact.

The jagamohana, now bereft of its crowning members, is plain and unfinished. Its doorway is flanked by pilasters, relieved with seven-hooded naga-and nagi-figures. The Megheswar temple is situated at a distance of I Km. to the east of Bhaskareswar on the Tankapani road. It is another typical temple with a number of projections increased on each face and is an earliest temple of Sapta-Rath plan.