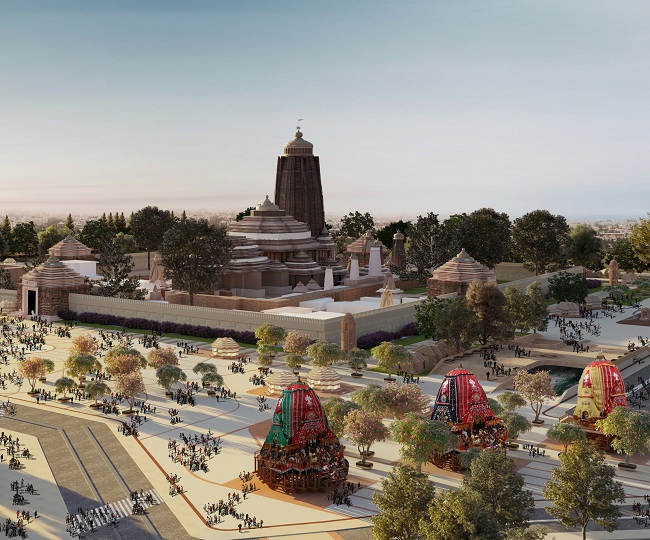 On February 27, Odisha CM had placed a resolution on Rs. 3,200 Cr Sri Jagannath Temple Corridor project that seeks to transform the area into a heritage corridor. A day after he presented the resolution in the Assembly seeking quicker completion of the Jagannath temple corridor project, BJP MP from Bhubaneswar, Aparajita Sarangi, in an open letter to Patnaik, asked whether heritage development was being done through the mode of destruction.

While tabling the resolution that was unanimously passed by the Assembly, the CM has said, “…..All devotees, who come to the Jagannath temple in Puri to see the Lord, have a desire in their hearts to behold the deities in a calm, beautiful and spiritual environment. It is the responsibility of all of us to come back with a divine feeling.” However, there is sufficient confusion in understanding the meaning of divinity and developments undertaken to achieve the objectives.

The Odisha government has urged the Centre to withdraw the National Monuments Authority (NMA) draft bylaws for Ananta Basudev and Brahmeswar temples in Ekamra Kshetra. The plea comes a week after the Centre rolled back the draft regulations for Shree Jagannath Temple in Puri. In a letter, Odisha Chief Secretary Suresh Chandra Mohapatra requested the Secretary of Culture, Government of India, Raghvendra Singh to withdraw the bylaws for these two temples, citing apprehension of widespread agitation if immediate action was not taken.

The NMA had in January published draft heritage bylaws for Shree Jagannath temple at Puri, and Ananta Basudev and Brahmeswar temples of Ekamra Kshetra. Odisha Chief Secretary Suresh Mohapatra pointed out that “it had generated discontentment among servitors, devotees and people as these temples host living deities”. He claimed the draft was done without any consultation with stakeholders.”In view of this, the heritage bylaws relating to Shree Jagannath Temple, Puri have been withdrawn by NMA.” However, the rules for the Ekamra Kshetra temples here have not been rolled back yet, causing distress to the ‘sevayats’, people at large and devotees.

The Ekamra Kshetra in Bhubaneswar has a series of sandstone temples dating back to 3rd century BC and 15th century AD. The bylaws prohibit and regulate constructions within 100 to 300 metre radius of the monuments that are protected under the Ancient Monuments and Archaeological Sites and Remains Act, 2010. In 2020, Odisha state government had planned a beautification project around the Ekamra Kshetra area to develop it as an attractive major tourist destination.

The Chief Secretary said there have been frequent agitations as the draft notification was not withdrawn. There is serious apprehension that this will lead to widespread agitation and disturb the daily rituals in the temples. This kind of atmosphere in temples is bound to hurt the religious sentiments of lakhs of devotees. The largest congregation of devotees in Ekamra Kshetra will happen on March 11 on the occasion of Maha Shivratri festival.

In the meantme, Aparajita Sarangi, the bureaucrat turned BJP MP from Bhubaneswar, had faced criticism for remaining silent over the NMA’s draft bylaws on Ananta Basudev and Brahmeswar temples. These ancient monuments are located in her constituency. She lashed out at the state government, saying that its demand was politically motivated. She said that the draft bylaws for five monuments have been issued to invite objections or suggestions. If there is any issue, the state government should file it. ‘‘What is the meaning of demanding the withdrawal of the draft bylaws?’’ She questioned. Claiming that the heritage bylaws are intended to help people and preserve the monuments, she said there is no point in demanding the withdrawal of the draft bylaws.

Though there is a restriction relating to any new construction within 100 metres of the prohibited area of an ASI notified monument, she said there are instances where certain categories of public amenities have been allowed to be built, keeping the heritage character of the place intact. She also alleged that the state agencies did not take the Archaeological Survey of India into confidence while taking up the demolition activities for Ekamra Kshetra beautification drive.

The controversy over the destruction of ancient monuments around the 11th century Lingaraj Temple amid a State-sponsored redevelopment drive spiralled with the Indian National Trust for Art and Cultural Heritage (INTACH) stating that irreparable damage had been done to the temple and ancient shrines around it. The INTACH’s findings come close on the heels of Union Petroleum and Natural Gas Minister Dharmendra Pradhan urging the Union Culture and Tourism Minister Prahlad Singh Patel to help salvage and preserve priceless ancient architecture.

INTACH’s preliminary investigation says that no standard guidelines have been followed by the project implementation authorities and excavating teams. Irreparable damage has been done to adjoining ancient shrines. The use of heavy equipment such as bulldozers and earthmovers in a sensitive zone, dotted with ancient temples, was against all norms has resulted in massive damage to the invaluable decorative entities of this temple. Except for a small 225 sq ft temple present inside the Shiva Tirtha Matha, everything has been razed. No doubt that it is clear violation of the Ancient Monuments and Archaeological Sites and Remains Act (AMASR Act).

Intervention by the ASI might stall Odisha  government’s ambitious multi crore beautification programme. The State government had earlier announced a project to give a ‘facelift’ to the 11th-century Lingaraj Temple. The government has proposed to spend more than Rs.700 crore for the temple project. All support the evacuation of the unauthorised occupants around both Puri and Bhubaneswar Temples. But all also object demolition of monuments and recreation of an ambience of parks, which is nothing but cultural homicide. There may not be any harm to preserve the heritage sites as it was; to depict and display our heritage, culture and tradition. Any construction undertaken in the development process must display Odishan culture, style and architecture to give to see a divine feeling, neither a feeling of an amusement park nor the glimpse of space age technology. 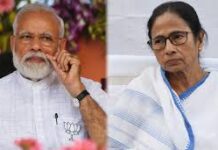