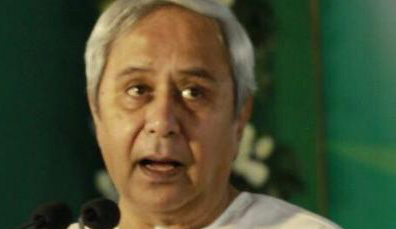 The spurt in COVID 19 cases in the state has thrown a challenge that chief minister Naveen Patnaik may find hard to tackle. But this is not the only challenge that he is facing at the moment. His plans of ensuring a smooth victory for his party in the Pipili by-poll, too, has hit a roadblock with the elections being postponed following the death of Congress candidate who fell victim to the corona virus. The ruling party will find it hard to regain the momentum that it had created in the constituency.

Challenges for chief minister Naveen Patnaik are increasing by the day. The biggest of these, of course, is containing the spread of corona pandemic in the state. Cases are rising at a galloping speed and things have come to such a pass that the government has been forced to impose night curfew in all the urban areas including cities like Bhubaneswar and Cuttack. Countermanding of by-poll in Pipili which means announcement of a fresh date and campaigning afresh in theconstituency is yet another challenge. The ruling Biju Janata Dal (BJD) hadbeen able to create a momentum in its favour in the constituency and the interruption is certain to affect that.

The government was forcedto announce night curfew in all the urban areas of the state. It was already in force in 10 districts but now it has been extended to all the districts. As chief secretary  Suresh Mohapatra said last year Odisha had fought the COVID 19 well but in view of sudden spike in Covid cases, the state government had decided to take a number of measures to contain it. Weekend shutdown will also be imposed in the urban areas in the 10districts bordering Chhattisgarh and Jharkhand.

However, essential services will be permitted during the night curfew. As per the announcement, the state government will no more give permission for any kind of political and religious rallies. All the inter-state bus transport will be cancelled from April 19 and cinema halls will operate on a 50 per cent capacity. All the government offices will run with 50 per cent staff and soon instructions toprivate offices and banks will be issued for reduction of staff.

The announcement came on a day when the number of COVID 19 cases in the state touched the 2989 mark, the highest single day spike this year. The gravity of the situation can be gauged from the fact that Nuapada district traders’ association decided to shut down the markets for nine days with only shops providing essential services to be allowed to do business for the sake of people’s convenience.

An equally big problem for the government is shortage of COVID-19 vaccines which also staring many Indian states in the face. Chief minister, Naveen Patnaik raised the issue during Prime Minister, Narendra Modi’s interaction with the chief ministers to review the pandemic situation in the country. However, even as Odisha raises the red flag over the paucity of vaccines it continued to be ahead of other Indian states in fighting the pandemic with precautionary measures and an improved health infrastructure. Like last year when the state government had mounted defensive measures much ahead of the onslaught of COVID-19 this time, too, the chief minister is taking adequate precautions to ensure that the spread of infection is kept well under control.

On the political front countermanding of the by-poll in Pipili when campaigning in the constituency was in the full swing was a big blow to the ruling BJD. Though there is no denying that Congress candidate Ajit Mangraj’s death was a big tragedy and its political fallout will have repercussions for both BJD and BJP, the two main rivals. Congress might seek to create sympathy in its favour by fielding one of the family members of Mangraj but for all practical purposes, Pipili will witness a direct contest between BJD first timer Rudra Pratap Maharathy, son of late Pradeep Maharathy who represented the seat seven times, and BJP’s Ashrit Patnaik who is yet to taste success in elections. Both sides have come out with lists of their star campaigners. While union minister, Dharmendra Pradhan has already campaigned for Ashrit, chief minister Naveen Patnaik campaigned for his party’s candidate in the virtual mode recently in view of the corona pandemic.

Both the sides were pulling out all stops to emerge victorious in this prestige battle which will be a test of their popularity ahead of urban and rural polls in the state. While political recrimination has reached a feverish pitch with allegations of use of money to influence the voters flying thick and fast seniors leaders of both the parties are leaving nothing to chance. Apart from Pradhan, who took time out ofhis ministerial obligations at the Centre to seek votes on behalf of the BJP candidate party’s national spokesperson Dr. Sambit Patra campaigned for Ashrit Patnaik who had finished second behind Pradeep Maharathy in the last elections.

The BJP fancies its chances in the constituency this time because of two reasons—one the growing popularity of Prime Minister Narendra Modi among the voters and the other being the inexperience of Biju Janata Dal candidate Rudra Pratap Maharathy who seems to be banking heavily on the sympathy factor that the death of his father, who represented Pipili in the state assembly for over three decades, is supposed to have generated.

But BJP strategists appear to have ignored the fact that BJD candidate has been handpicked by party supremo and chief minister, Naveen Patnaik whose personal image and popularity has invariably been the deciding factor for the party in elections. By opting for Rudra while pressing the EVM buttons the people of Pipili will actually be voting for Patnaik and his government by proxy. He is seeking votes on the performance of his government which has been fairly good. The image of his government has been further enhanced by the pro-people schemes it has launched during the last 20 years. However, postponement of the by-poll has come as a blow for the party whose campaign like that of its rival, the BJP, is certain to lose momentum.