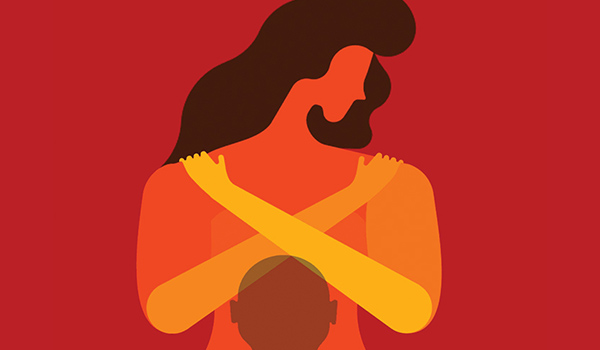 The Ministry of Women and Child Development implements One Stop Centre (OSC) scheme across the country with effect from 1st April 2015 which is exclusively designed to provide integrated services such as medical assistance, police facilitation, legal counselling, psycho-social counselling and temporary shelter to women affected by violence under one roof. 733 OSCs have been approved by Government of India, out of which 704 OSCs are operational in the country, that have assisted more than 4.5 lakh women. Further, the Ministry also implements Universalisation of Women Helpline (WHL) Scheme, which provides 24-hour toll-free telecom service through short code 181 to women seeking support and information. As of now, WHL is functional in 34 States/ UTs.

The Ministry also implements the Swadhar Greh Scheme which provides assistance to women victims of unfortunate circumstances including women victims of domestic violence, family tension or discord, who are made to leave their homes without any means of subsistence and have no special protection from exploitation and/ or facing litigation on account of marital disputes, who are in need of institutional support for rehabilitation so that they could lead their life with dignity. The Scheme envisages providing shelter, food, clothing, health, counseling, awareness generation, behavioral trainings, legal aid and guidance etc to such women.

The Legal Services Authorities (LSA) Act, 1987 provides for free and competent legal services to the weaker sections of the society to beneficiaries covered under Section 12 of the Act, including women and children, to ensure that opportunities for securing justice are not denied to any citizen by reason of economic or other disabilities, and to organize Lok Adalats to secure that the operation of the legal system promotes justice on a basis of equal opportunities. For this purpose, the legal services institutions like District / State / National Legal Services Authorities have been setup from the Taluk Court level to the Supreme Court. In addition, the Government has implements Nyaya Bandhu (Pro-bono Legal Services) programme to link the persons eligible to avail free legal aid under Section 12 of LSA Act, 1987 with lawyers. Tele-law programme, being run by the Government across 669 districts in 36 States/UTs provides legal advice to public including persons entitled for free legal aid under Section 12 of LSA Act, 1987, at pre-litigation stage by the Panel Lawyers through 75,000 Common Service Centre (CSC) at the Panchayats. Tele-law has enabled advice to more than 12.81 lakh beneficiaries till 31st December 2021.

This information was given by the Minister of Women and Child Development, Smt. Smriti Zubin Irani, in a written reply in Lok Sabha today.