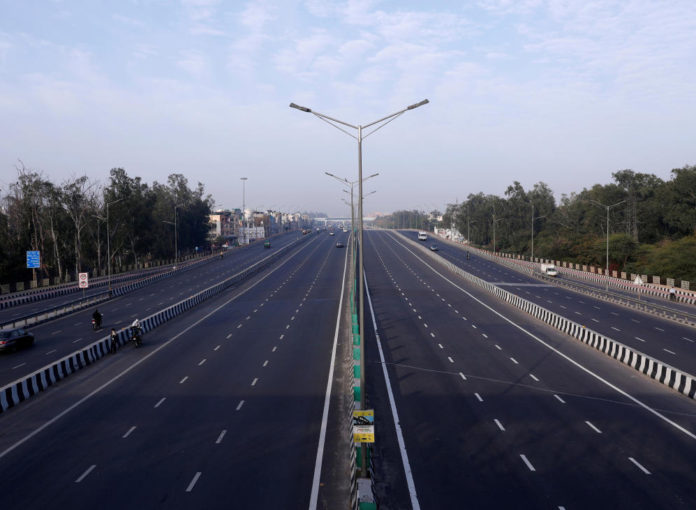 Given the significant economic and human cost suffered due to the LOCK DOWN, it must, thus be accounted for as a failure. The bigger problem is that a focus on the lockdown takes away from the crucial question of ramping up testing.

India is unique among the world’s major nations in having implemented a total lockdown for such a long duration in the wake of the coronavirus pandemic. The prolonged lockdown is said to have crippled about 75% of the economy. It has also been predicted an almost 4.5% drop in GDP due to this in financial year 2021. In the April-June quarter alone, the Indian economy would contract by 6.1%. Besides causing massive supply-chain disruptions, the lockdown has internally displaced millions of people.

The Union government, which extended the lockdown till May 3 on April14, has argued that all this was necessary to flatten the curve of infections. However, the evidence it offers to back this claim is entirely unconvincing, when this report is being prepared on May 15.

An external affairs ministry official, for instance, claimed on April 9 that in the absence of a lockdown, there would have been 8.20 lakh cases by April 15, according to an internal assessment. When asked about it, the Indian Council of Medical Research (ICMR) initially said no such study existed and later clarified that the claim was made based on a statistical extrapolation by the ministry of health.

The problem with this claim is that we are not told what, if any, model was used to arrive at these numbers. No such model has been made public or even talked about by government officials.

As it happens, the only model that ICMR has shared publicly is not about the lockdown, but an analysis of the border screening measures India introduced relatively earlier than other countries.

Hence, a question comes to every one’s mind, “what is the right way to know if the lockdown helped?” In the absence of an official reference model in India, all we have to go on is aggregate data on total confirmed cases nationwide, which is updated every day. If the curve is flat there is no growth in infections and if the curve looks like a straight line, then infections are growing at a constant proportional rate. In other words, the classic exponential curve used in epidemiology.

It shows that after a basically flat portion with low growth in new cases, India entered the exponential phase, beginning March 4 or so, as captured by the straight line in the log of confirmed cases. Note that this exponential growth kicked in several weeks in advance of the lockdown and continued up to merely two days before the initial lockdown period was to end. An optimist might perhaps see a minuscule flattening of the curve from around March 30, but this is only a week into the lockdown.

Given that the virus has a two-week incubation period, it obviously cannot be attributed to the lockdown. What is more, several states had initiated their own lockdowns in advance of the national one. Karnataka, for instance, announced one on March 13, Maharashtra on March 20. If the lockdown had any effect, you would expect the slope of this line to flatten or bend toward the horizontal axis. 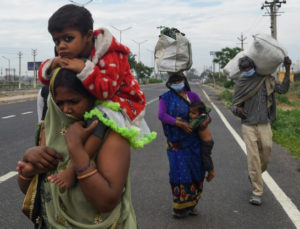 Given the significant economic and human cost suffered due to it, the lockdown must, thus, be accounted for as a failure. The bigger problem is that a focus on the lockdown takes away from the crucial question of ramping up testing. There is no question that testing in India remained low by global standards. India has so far conducted comparatively smaller number of swab tests as compared to USA. The tourist hotspot of Goa, which hosts visitors from all over the world and, therefore, is a likely virus hotspot, has so far carried about only a little over 400 tests for a population of 1.5 million. Yet it remains under total lockdown, reporting only few cases of Corona positive and zero deaths till now.

If, on one hand, we assume that India is testing enough and its numbers are accurate, we must ask if it makes any sense at all for a state like Goa to be under lockdown. By extension, is there any compelling rationale for a national lockdown which extends to many states that have had very low incidence of the virus? Clearly, one-size-fits-all isn’t the most sensible approach.However, if we believe that infection rates are much higher than reported, it appears India missed a golden opportunity during the lockdown to build up its medical and public health capacity.

This is to say nothing of the economic and humanitarian disaster unleashed by the surprise lockdown. Rather than deploying our limited capacity—low even during normal times—to set up hospitals and laboratories to ramp up testing, it has perforce been directed towards setting up relief camps for the poor and the destitute caught in the lockdown fiasco.

In his interaction with chief ministers, Prime Minister Narendra Modi reformulated a popular phrase which he used while declaring the national lockdown to outline a change in the nature of the national objectives. On March 24, while emphasizing the need for social distancing and urging people to stay home, he said, “Jaan hai toh jahan hai” — if one is alive, there is a world. This was meant to place the premium on health, unarguably the single-most-important priority at a time when the coronavirus pandemic has shaken the world. Next time he said, “Jaan bhi, Jahaan bhi” — lives also, the world also. This does not, in any way, undermine the emphasis on health, but along with saving lives, the PM seemed to hint that India also has to restore a degree of economic normalcy and allow everyday life to resume, where possible.

This is a sound approach. It reflects the government’s continued focus and calibrated policy vis-à-vis both elements; Health & Livelihood. We have gathered more know-hows about Covid-19 than a month ago. Here is what India needs to do, beyond this phase of the lockdown to the next set of restrictions. Continue to ramp up testing to be able to identify positive cases to have the basis to intervene. Enhance quarantine facilities to ensure that those who are positive can be isolated. Expand the contact tracing apparatus, including through the use of technology, to be able to find people who may have come in contact with those tested positive. Add and remove containment zones, where a more strict form of a lockdown is in place, on an everyday basis depending on the evidence available. From where personal protective equipment for health workers, can be fetched, ensuring enough hospital beds and ventilators in place to prepare for a surge in cases.

On the economy we advocated for a comprehensive stimulus. But in the immediate context, it is important to smooth the supply of essentials, allow some sectors and factories to open up on the condition of them meeting safety and social distancing norms, and providing relief to agriculture. It is time to move to the carefully designed exit plan with both short term and medium term remedies.