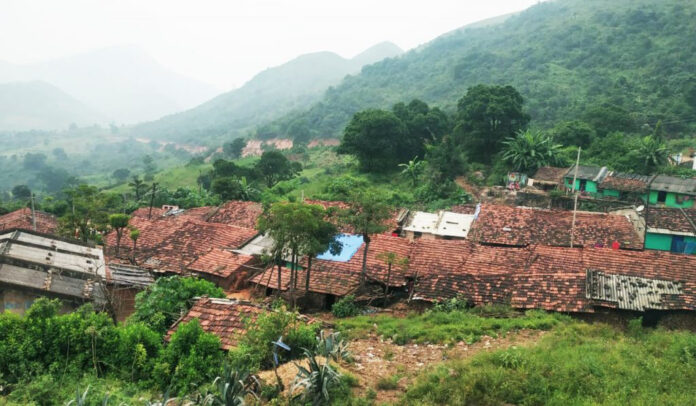 Both Odisha and Andhra Pradesh have been at loggerhead over the jurisdiction pertaining to Kotia gram panchayat in Koraput district for several decades. Andhra Pradesh conducted panchayat election in three villages — Talaganjeipadar, Patusineri and Phagunseneri in Kotia gram panchayat — by changing their names to Ganjeibadara, Pattuchennuru and Pagluchennuru on February 13. Nominations were filed for the post of sarpanch and ward members from these three Odisha villages.

The Odisha government has been caught seriously napping on its border front. In the face of a longstanding dispute over rights on villages across many districts along the border, Andhra Pradesh has gone ahead with rural elections in Kotia panchayat of Koraput district. And when the Odisha government woke up from its slumber, it was already too late. Andhra has not only conducted polls in three villages under the disputed Kotia panchayat but also renamed them and elevated them to panchayats while declaring them part of its Salur block.

Three days before the election, the state approached the Supreme Court seeking initiation of contempt against Andhra Pradesh for violation of status quo ordered in 1968 and agreed upon by the two states in 2006. The SC issued notice to Andhra but did not stall the polls. The opposition parties have pounced on the issue and blamed the BJD government for ceding its land to the neighbouring state. They have sought strong action over the administrative lapses that led to such a situation and demanded an all-party meeting to resolve the issue.

There are no two ways about the fact that the Odisha administration was clueless about AP’s plans. The poll notification was issued in March last year but it chose to do nothing. In the past, the AP administration has found its way into these villages by handing freebies and including the people in its welfare schemes. On its part, Odisha has regularly conducted polls in Kotia, which finds place in Pottangi block of Koraput in the Census 2011 report too. However, Kotia is not just about AP’s designs; it is also about absence of development in the region.

Odisha was carved out of the Bengal-Bihar-Odisha province on 1st April, 1936, but the inter-state border disputes continue even today. Odisha continues to have unresolved border disputes with four neighbouring States in its 8 out of 30 districts. 14 of the 30 districts share borders with Andhra Pradesh, West Bengal, Chhattisgarh and Jharkhand. However, the dispute over Kotia villages in Koraput district bordering Andhra Pradesh is the only major border conflict.

Not only with Andhra Pradesh, Odisha and West Bengal have disputes over 27 plots in Balasore District and some areas in Mayurbhanj district of Odisha. Mayurbhanj district is known for its iron ore reserves and Chhau dance, another form different from the form in Purulia of West Bengal. The border dispute between Odisha and Jharkhand arises due to change in course of river Baitarani. The Baitarani River originates from the hill ranges of Keonjhar district of Odisha. Major portion of its catchment lies in the state of Odisha and a small patch of the upper reach falls in Jharkhand. With Chhattisgarh, Odisha has disputes relating to villages in Nabarangpur and Jharsuguda district.

Although, the (CONSTITUTION OF ORISSA) ORDER, 1936 that was published in The Gazette of India, on 19th March 1936 had clearly mentioned in the FIRST SCHEDULE, Part-I, Sl.  No.  2(iv) that the areas of new Province of Orissa shall comprise of “the areas like Jeypore (Impartible) Estate and Pottangi Taluk (not in the Estate) in the Vishakapatnam district then, a joint survey done by Orissa, Andhra Pradesh and MP in 1942 had recorded only 7 villages of this Kotia gram Panchayat as revenue villages of Orissa.

As the joint survey that had excluded the 21 villages, AP, post its re-organisation in the year 1955, though it didn’t carry the survey in the same 21 villages then, had put its claims on the 21 villages first in 1964. AP’s interest took wings after a series of surveys by the Geological Survey of India confirmed the presence of rich mineral resources like gold, platinum, manganese, bauxite, graphite and limestone in the area.

Taking umbrage over the AP’s continuous incursions, Odisha government had moved to the Supreme Court to take the right, title and possession of the 21 villages of Kotia Gram Panchayat. The issue remained in the dormant state in the Apex Court for nearly 20 years. But in 1988, the SC has passed an order asking for maintaining status quo and appointed the District Judge, Koraput as Commissioner to record evidence on the disputed territory on its behalf. The Commissioner to record evidence had submitted its report in the year 2000.

SC passed a permanent injunction on the disputed area. And the Court citing its limitation under Article 131 of the Constitution had ordered that the Court couldn’t decide on the disputes of State boundaries. It said, “The matter will be resolved by the legislature only.” Simply put, the Apex Court had then clearly said that the solution lies in the jurisdiction of the Parliament.

Though Article 131 of the Constitution vests with the Supreme Court the original jurisdiction in any dispute between two or more states, in so far as the dispute involves any question (whether of law or fact) on which the existence or extent of a legal right depends, the said jurisdiction, however, shall not extend to a dispute arising out of any treaty, agreement, covenant, engagement, and or other similar instruments which, having been entered into or executed before the commencement of the Constitution, continues in operation after such commencement.

As per the 1955 report of the State Reorganisation Commission, the rationale of altering the boundaries or territorial adjustments will be decided by the following three criteria: Geographical contiguity for administrative convenience, Linguistic basis and Wishes of people.

It is not the only bordering area where such an issue exists. Gajapati, Ganjam and Rayagada districts have been reporting similar overtures from across the boundary. The issue should not be allowed to fester. The Naveen government must immediately initiate talks with its AP counterpart and sort it out.