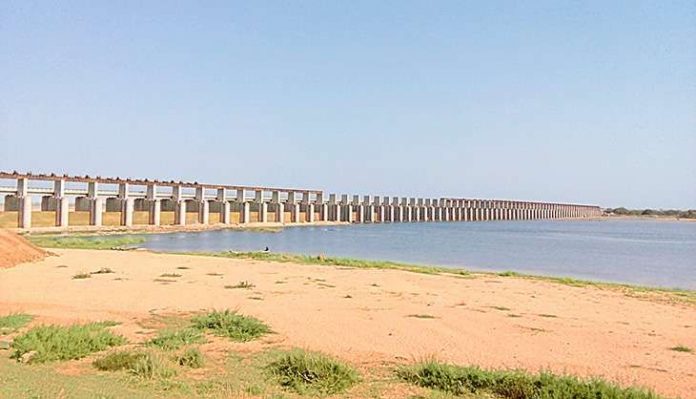 Battle lines have been drawn over Mahanadi which is not just a precious natural resource catering to the needs of lakhs of people in Odisha but also an integral part of state’s culture and history. With emotions running high the water sharing dispute with neighbouring Chhatisgarh seems set to become an election issue, one that suits a regional party like the Naveen Patnaik-led Biju Janata Dal

The ruling Biju Janata Dal (BJD) is determined to safeguard the interests of Odisha on Mahanadi, the river that is considered to be the lifeline of the state. Chief Minister and BJD supremo, Naveen Patnaik who is leading the state’s battle over Mahanadi from the front, has dropped broad hints that that the water sharing dispute with neighbouring Chhatisgarh would be one of the main election planks of his party in 2019. He is ready to take on both Chhattisgarh and the BJP-ruled Centre over the issue.

As it is, Mahanadi  happens to be not only the largest river of Odisha but also one of the biggest in the country and this a great natural resource catering to the water needs of lakhs of people residing on its banks and even in hinterland areas. It is an integral part of the lives of people both in Odisha and Chhatisgarh where it originates. Of its total length of 857 km it runs for 494 km in Odisha before meeting the sea. Besides the state’s biggest reservoir, the Hirakud dam is located over the river and remains a major source of irrigation and power generation.

Little wonder then that the state is fuming over the unilateral construction of six barrages upstream of the Mahanadi by Chhattisgarh which can control the flow of the river’s water into the downstream areas. Odisha began targeting the Centre after its appeals to the union water resources ministry to resolve the dispute failed.

When Uma Bharati was the union water resources minister she had called a meeting of chief ministers of the two states and suggested a resolution of the issue through talks. Odisha, however, demanded stopping constructions over the river as a pre-condition which was rejected by Chhattisgarh.

Odisha’s demand for the constitution of a tribunal to resolve the dispute was conceded by the Centre only after Supreme Court rapped the latter for delaying the issue. Though the tribunal has been notified the Centre’s dilly—dallying attitude has triggered resentment not only among Odias but neutral observers as well. There is a widespread  feeling that it is a dilatory tactics meant to favour Chhatisgarh.

That the issue is extremely important for the BJD is clear from the fact that  Chief Minister Naveen Patnaik has been raising it at important fora including political platforms. He appears to be absolutely clear in his mind that no single state should try to enjoy exclusive rights on the water of rivers passing through several provinces.

The Mahanadi, which has been a serious bone of contention between the two states, snowballed into a major political issue when  the BJD deputed a 12-member team to Chhattisgarh to inspect the construction of certain projects upstream. The BJD team comprising three former engineers-in-chief of Odisha government in its report to Patnaik alleged that the Chhattisgarh government was supplying water from the controversial Kelo project to industries, instead of using it for drinking and irrigation purposes. It was also alleged that the project was constructed without consulting the Odisha government.

Patnaik has also several times sought Prime Minister, Narendra Modi’s intervention in the matter. One of his letters to Modi detailed state’s  cultural and emotional links with the Mahanadi. The issue turned so much emotive that even the BJP state unit and the Congress had to join the BJD in making a declaration of their resolve to protect state’s interests in the matter.

The BJD parliamentary board had also decided to step up its attack on the Centre over the issue during the budget session of the parliament which, though, was seriously affected because of repeated stalling of proceedings by the opposition.

Odisha government also defended its stand on the Mahanadi dispute at the regional conference convened by the ministry of water resources in Kolakata. The state accused Chhatisgarh of closing the gates of the barrages it had constructed in the upstream of the river, thus reducing its flow in the lower Mahanadi basin.

Food supplies and consumer welfare minister Surjya Narana Patro, who represented the state at  the meet, said “We also mentioned how despite restrictions imposed by the National Green Tribunal (NGT), the Chhattisgarh government had floated tenders for the construction of Mohamela-Siripur barrage.  Chhattisgarh government has already constructed seven to eight barrages. The state has suffered a lot as Chhattisgarh has closed down a number of gates on the barrages built in the upstream of Mahanadi.

Sources said Chhattisgarh government rejected Odisha’s complaint and said that it had not closed the gates of the barrages. It also clarified that it had floated the tender for Mohamela-Siripur barrage before NGT imposed restrictions. “The Supreme Court has already constituted a tribunal to solve the water dispute. I hope all the problem will be sorted out,” Chhattisgarh water resources minister Brijmohan Agrawal said.

Union minister Arjun Ram Meghwal said the conference was meant to address the states’ concerns. “The proposed single national tribunal for settling inter-state water disputes would expedite resolutions and facilitate irrigation across the country,” he added.

At present, there are separate tribunals for Cauvery, Narmada, Krishna and such other rivers existing in the country while a tribunal on Mahanadi was formed recently. “Instead of having so many tribunals, a single national tribunal has been proposed in the Interstate River Disputes Act Amendment Bill 2017 which has already been placed in the Lok Sabha,” the minister said adding that a single tribunal would also help states get proper irrigation facilities.

However, irrespective of what the Centre may do Odisha government remains determined to take the Mahanadi issue to its logical conclusion. The final battle it seems will be fought in the people’s court during the elections.