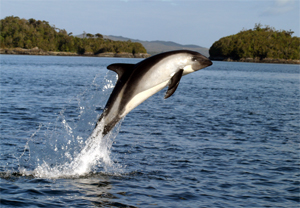 The annual monitoring and enumeration of Irrawaddy dolphin (Orcaella brevirostris) will be conducted in the Chilika lake on February 8 and 9. As many as 134 dolphins, a schedule-I animal under the Wildlife Protection Act 1972, were counted during the last census in 2017. The monitoring will be conducted jointly by Chilika Development Authority (CDA) and other forest officials. Besides research scholars along with experts will also take part in the programme. The lake will be divided in to 18 sectors for smooth monitoring of dolphins.

“The enumeration holds significance as we have undertaken a massive eviction drive in the lake. The habitat pattern and other details will also be monitored. We are hopeful of presence of the dolphins at places where they were not noticed before,” said a senior official.

As per official statistics as many as 89 Irrawaddy dolphins were in the lake in 2003, which gradually increased to 134 in 2017. Irrawaddy dolphins are also a vulnerable species under International Union for Conservation of Nature (IUCN) red list of threatened animals. In August last year forest officials had spotted dolphins near Rambha in Ganjam district after more than three decades.

Earlier the CDA has proposed to set up two rescue and rehabilitation centers for dolphins in the lake. The rehabilitation center will have a treatment room and water body enclosure for the rescued dolphins. Besides, the organizations have also proposed to conduct a study of behavior of dolphins in the lake and their migration through scientific methods.

Along with the dolphin monitoring the teams will also monitor the migratory birds in the lake. The forest department on January 3 had conducted a bird census in the lake and had found 8.93 lakh birds of 147 different species, which was 53000 less than 2017 bird census.

“There is delay in arrival of migratory birds to the lake due to the rainfall triggered by low pressure in December. So the exercise will be conducted in the second week of February as most of the migratory birds are expected to arrive by this month end,” said an official.

The lake, a Ramsar site, has been in news both for good as well as bad reasons. On the positive side it is known to be one of the largest congregation sites for migratory birds in the country. Mud flats of Chilika are considered particularly good and provide a chance to wader birds in particular to spend their winter comfortably.

On the negative side prawn culture in the lake has acquired alarming proportions and is considered to be chiefly responsible for the shrinkage in its area and the rise in its silt level.