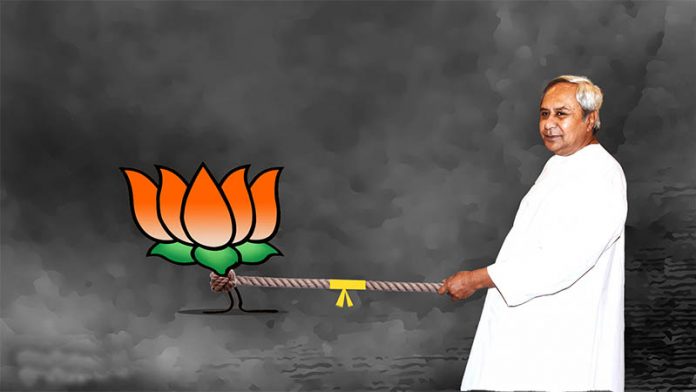 Panchayat poll results have been interpreted variously. But one thing is clear that the BJP is on the upswing. The party has made a spectacular comeback after being down in the dumps since the break-up of its alliance with the BJD in 2009. Now its leaders are more confident and the cadres more motivated than ever. On the other hand, the lesson for the BJD is that it should give up its complacency which has cost the party dear.

The panchayat polls verdict means many things for many parties. For the BJP which, till a few years ago, was being seen as a “marginal player” in the state politics has arrived with the results. The party now seems to be a serious contender for power in 2019.

From a mere 36 Zila Parishad (ZP) seats in 2012 it has grown leaps and bounds to nearly 300 baffling political pundits. Chief Minister, Naveen Patnaik and his cabinet colleagues are stunned by the developed with Patnaik underscoring the need for introspection. There are also hints of a cabinet reshuffle and an organisational shake-up.

For the BJP, ti seems, the break up of its alliance with the BJD in 2009 was a boon. “It made us more determined to stand on our own feet. Our cadres, too, started feeling liberated,” said a senior BJP leader. The party has grown steadily in the state.

In the 2009 assembly elections held in the immediate aftermath of the collapse of the alliance, the lotus failed to bloom in the state with the party managing to win just six seats in the 147-strong Odisha House. It was BJD all the way. Things improved but only marginally for the saffronites in 2014 with BJP tally touching the double digit figure of 10. When the bugle for the panchayat battle was sounded in the state over a month ago no one gave the party a chance.

The turnaround in party’s fortunes is the result of decades of hard work, much of it by leaders who hardly ever got the opportunity to taste power. The beginnings can be traced to the formation of Bharatiya Jana Sangh (BJS) unit in Odisha in 1964.

In 1977 four BJS leaders – Biswa Bhusan Harichandan, Bimbadhar Kuanr, Purussottam Nayak, and Khirod Chandra Swain – were elected to the state assembly as the coalition candidates of the then Janata Party. This was the first time the saffronites tasted electoral success in the state though indirectly.

In 1980 when the Bharatiya Janata Party (BJP) was formed with veteran Biswa Bhushan Harichandan as its first state unit president, the party contested the assembly polls from 32 seats but failed to win even one. Undeterred, it fought the next elections in 1985 from 64 seats and opened its account with a victory on the Kamakhya Nagar seat.

Thereafter it has been a story of slow but steady growth. While in the 1990 its assembly tally went up to 2 with one more being added in 1992 with the bye-election victory of Arbinda Dhali from Malkangiri, in 1995 it contested 144 seats and won 9. It touched the double digit figure for the first time in the state assembly with Harichandan bagging the prestigious Bhubaneswar seat in a by-election.

The alliance with the BJD that was formed in 1997 following the death of Biju Patnaik, father of Naveen, was a turning point for the BJP. In the 1998 Lok Sabha elections that the two parties fought as partners they secured 16 out of the 21 seats at stake with BJP winning 7 out of the 9 it contested. The party’s success rate was cent percent in the 1999 Lok Sabha polls when it contested nine seats again.  In the assembly elections held in 2000 when the BJP-BJD coalition government came to power for the first time dislodging the Congress, the saffron party won 38 out of the 63 seats it contested. Its assembly tally fell to 32 in 2004 but its power sharing with BJD continued.

The alliance broke in 2009 with chief minister, Naveen Patnaik, miffed at BJP’s alleged role in the 2008 Kandhmal riots that left over 100 people dead, deciding to call time on the partnership. It was a testing time for the Lotus standard bearers as the party could manage to win just six seats in the state assembly in the general elections held that year. It failed to open its account in the Lok Sabha. But the party’s assembly tally rose to 10 in 2014 with one Lok Sabha seat also falling into its kitty.

During this period the BJP also fortified its organizational structure in the state forming new booth level and block level committees to increase the participation of workers.

However, while the BJP may have earned the bragging rights with its spectacular showing in the rural polls it would be too early to project it as the alternative to the ruling BJD when general elections come knocking in 2019.

Significantly while the BJP tactically focused almost exclusively on the ZP seats that are fought on party symbols, the ruling party had sarpanch and panchayat samiti chairperson posts in its cross-hairs given that they enjoy more financial powers than ZPs. However, since elections for these posts are not held on party lines the impact in terms of party’s popularity was lost.

That, however, is not to take any credit away from the saffron standard bearers who worked overtime and strategized  well  to make deep inroads even in some BJD bastions while the party has, for all practical purposes,  replaced the Congress as the main opposition in the state. For the Congress, which has lost 68 seats compared to 2012 elections, the only consolation has been its sweeping victory in Jharsuguda district where it seems set to form the zila parishad.

The blooming of the lotus almost across the state has an ominous message for both Congress and the BJD. While the erosion of the Congress vote bank in the state is almost complete with talk of Hand supporters switching loyalty to the Lotus, the BJD is no mote invincible. This has led senior BJP leaders like Suresh Pujari to brag that his party would emerge number one in the coming general elections. “What you saw in the panchayat elections was just the trailer, we will show you the full movie in 2019,” he crowed. BJP spokesperson, Sajjan Sharma, too, saw in the panchayat verdict a willingness on the part of the voters to make amends for the mistake they committed in 2014 by voting the BJD to power despite a Modi wave in the country. March 1-15, 2017