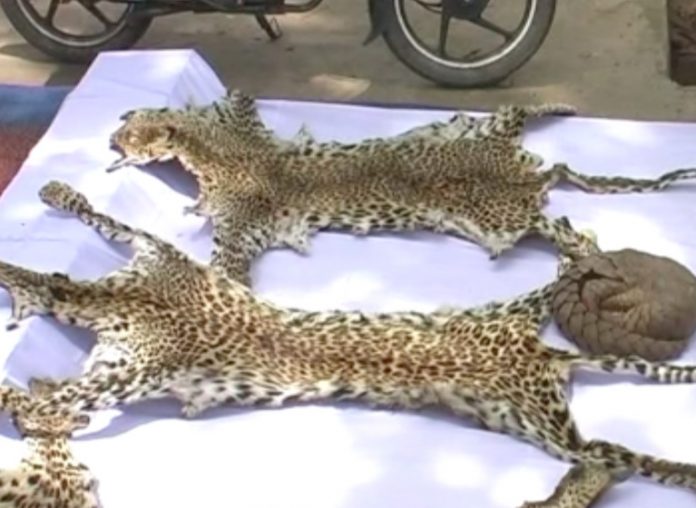 Maoists, who were trying to push further into the sanctuary now, were likely to draw support from local poachers who have a vested interest in siding with the rebels. They believe that fear of Maoists would keep not only forest officials but also people residing in the villages on the periphery of the sanctuary away from the forests. This would make poaching easy for them.

Trying to expand their footprints in the state      Maoists are likely to target wildlife   sanctuaries that provide them convenient hideouts.Sources said that the rebels who in the past have carried out attacks in Similipal national park and Sunabeda sanctuary close to Chhatisgarh border are now planning to make further inroads into the Satkosia tiger reserve in Angul district and the reserve forests of Koraput and Malkangiri.

“In the undivided Koraput district there are no wildlife sanctuaries but there is a lot of forested area in this belt. Maoists tend to use the forests that provide them shelter and facilitate their movement without being detected by security forces,” said BK Gochhayat, an experienced police officer posted in Koraput district. Both Koraput and Malkangiri, once part of undivided Koraput district which also included Rayagada and Nowrangpur, have been Maoist strongholds.

Maoists were last spotted in the Satkosia wildlife sanctuary spread over four district including Angul that accounts for the bulk of its forested area in 2015. Their movement was seen in areas such as Chutkei, Krushnachakragarh, Chuanri, Tuluka and Pampasar within and around the sanctuary.

Sources said that Maoists, who were trying to push further into the sanctuary now, were likely to draw support from local poachers who have a vested interest in siding with the rebels. “The fear of rebels would keep not only forest officials but also people residing in the villages on the periphery of the sanctuary away from the forests. This would make poaching easy,” said a source.

Significantly, the area is also close to Sambalpur district which has seen a lot of rebel violence in the past. The Maoists, according to sources, have been trying to cut a corridor through Sambalpur, Deogarh, Angul and Boudh districts of western Odisha.

The Maoists had made their first major attempt at carving out a forest base for themselves when they carried out a series of attacks in the Similipal national park in Mayurbhanj district in 2009. The attacks damaged tourist rest houses and other facilities in the 2750 sq km wildlife habitat leading to the closure of the sanctuary for over a year.  Next they targeted the Sunabeda wildlife sanctuary in Nuapada district bordering Chhatisgarh. In May 2011 they ambushed and killed 10 policemen from the neighbouring state in the sanctuary area triggering panic in the adjoining villages. Eversince this sanctuary has been a safe hideout for the rebels. March 1-15, 2017