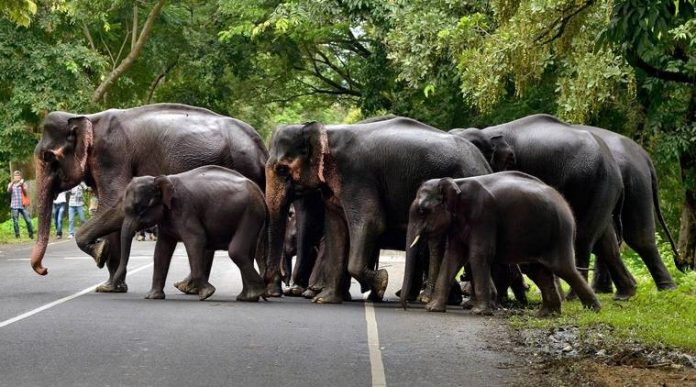 The number of elephant casualties in Odisha in the last five years has remained as high as 393 as compared to the death of 300 persons in jumbo attacks during this period. While poachers were responsible for a majority of elephant killings, a number of deaths were also caused by high- tension wires.

Human-animal conflict is on the rise in Odisha with focus on the clash between elephants and human beings, the latest instance being the death of a man after being trampled by a jumbo near Rourkela. Experts have expressed concern over such cases.

Though the latest census conducted last May showed a marginal increase in the state’s jumbo population, going upto 1976 from 1954 in 2015, statistics reveal that the scale of casualties in the clash between elephants and human beings continues to be high.

The number of elephant casualties in the state in the last five years has been as high as 393 as compared to the death of 300 persons in jumbo attacks during this period. While poachers were responsible for a majority of elephant killings, a number of deaths were also caused by high- tension  wires.

Last June three elephants– two females and a calf– were electrocuted after coming in contact with high tension electric wires at Borapada forest on the outskirts of Dhenkanal town. The incident had followed the death of a tusker in Mayurbhanj district under similar circumstances.

Sources said while hunters and wildlife smugglers have been responsible for the killing of 28 elephants during the last five years nine have died of poisoning and 60 have been killed road and train accidents. Electrocution has claimed the lives of more than 50 elephants during this period.

Elephants, on the other hand, have killed more than 300 persons during the period. They have also damaged 4,405 houses and crops in 69,071 acres. Environmentalists have attributed the phenomenon of human-elephant conflict to increasing deforestation and habitat erosion which is driving jumbos into human habitations.

“Forest cover has been dwindling  an alarming rate thanks to human interference, specially industrial activity in the forests. This forces elephants, starved of food and water, to raid villages near the forests,” said environmentalists and  green campaigner, Shashi Kant Mishra.

Sources in the forest department said that efforts were on to contain human-elephant conflicts by creating new elephant corridors and restoring the eroded ones so that jumbos get sufficient food and water while moving in the forest. This will prevent elephants from straying into human habitations. “We hope once the corridors are ready this problem will be controlled to the large extent,” said an official who was not willing to be named. He, however, hoped that things would improve in the very near future as the department was working hard to make life easy for elephants.