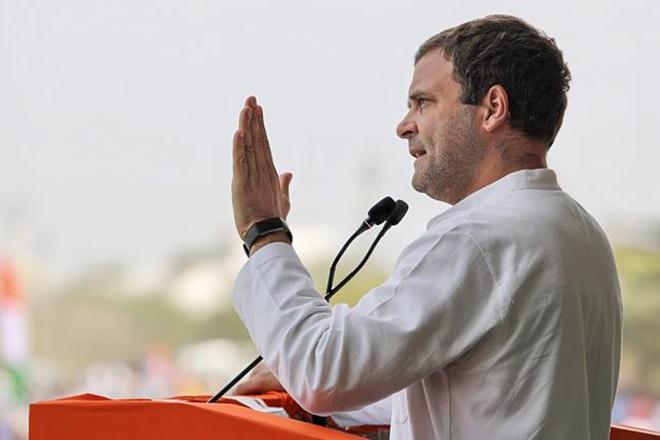 Ahead of Rahul’s visit last month, the Congress party had been jolted by the resignations of two sitting MLAs—Naba Kishore Das and Jogesh Singh. The first one has already joined the ruling Biju Janata Dal (BJD). But Rahul went ahead with his visit unfazed by these developments.

Like Prime Minister, Narendra Modi and his chief lieutenant, Amit Shah, Congress president, Rahul Gandhi is also focusing on Odisha because the 21 Lok Sabha seats in the state have suddenly become important for all the parties.

That is what made his recent one-day visit to the state important. It is expected to boost the party’s poll prospects in the state. Ahead of the visit the party had been jolted by the resignations of two sitting MLAs—Naba Kishore Das and Jogesh. The first one has already joined the ruling Biju Janata Dal (BJD).

Congress sources said that Rahul, who went ahead with his visit unfazed by these developments, has asked state leaders to have zero tolerance for indiscipline. During the visit the Congress chief interacted with intellectuals in Bhubaneswar and also addressed a public rally on the outskirts of the city.

During the interaction he stepped up his attack on Prime Minister Narendra Modi and the RSS saying that the “abuses” he had received were “the best gift” to him by his political opponents.  “The best thing that has happened to me is the abuse that I have got from the BJP (Bharatiya Janata Party) and the RSS (Rashtriya Swayamsevak Sangh). This is the biggest gift that they have given to me,” he said.

“I look at Mr Modi and when he abuses me, I feel like giving him a hug. He is upset with the Congress party. I understand that also but we are not angry with him…That’s our design…We don’t hate people,” said Rahul who also referred to the assassinations of his grandmother and former Prime Minister Indira Gandhi, and father and former PM Rajiv Gandhi. “We have realised that there is nothing to gain from hate.”

He also alleged that the ministries under the Narendra Modi government were being controlled by the RSS, headquartered in Nagpur. The Gandhi scion alleged that under the current ruling dispensation there was a systematic assault on the institutions of the country. “An assault that is taking place on the institutions of the country… There will be repair work (after the 2019 Lok Sabha elections),” said Rahul Gandhi apparently hinting that his party would emerge victorious in the upcoming polls.

The Congress president said the current government at the Centre has ignored the agriculture sector causing huge distress to the farmers across the country. Terming demonetisation, announced by the Modi government in November 2016, and the roll-out of the goods and services tax in July 2017, as big setbacks to the economy, Rahul Gandhi said that the twin moves destroyed small and medium scale industries.

Gandhi also underscored the need for job creation.  “There is not a single state in India that is producing jobs,” he said adding, “We have an education system, mostly in private hands, that is not related to job creation.”

He targeted both Modi and Odisha chief minister, Naveen Patnaik. He termed Odisha Chief Minister as a “version of Narendra Modi” in Odisha and branded both leaders as “autocratic” against whom his party was fighting.

“We are fighting against Modi in the national level and a Modi-version in Odisha,” he said and drew a parallel between Modi and Patnaik and said the Gujarat model and the Odisha model of governance run on the same lines.