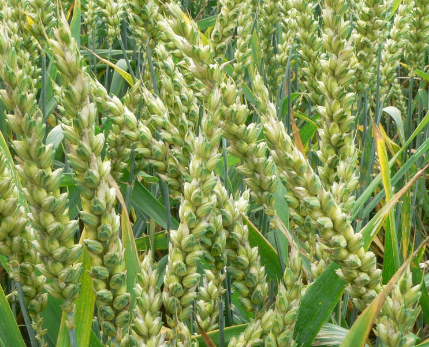 Government fixes Minimum Support Prices (MSPs) of 22 mandated crops and Fair & Remunerative Prices (FRP) for Sugarcane on the basis of recommendations of Commission for Agricultural Costs & Prices (CACP), after considering the views of State Governments and Central Ministries/Departments concerned & other relevant factors.

The Union Budget for 2018-19 had announced the pre-determined principle to keep MSP at levels of one and half times the cost of production. Accordingly, Government has increased the Minimum Support Prices (MSPs) for all notified Kharif, Rabi and other commercial crops with a return of at least 50 percent of cost of production for the season 2018-19. This decision of the Government was also a historic one as it redeemed the promise of fixing the MSPs at least at a level of 50 per cent return over cost of production. Details of MSP, cost and percent return over cost for 2017-18 and 2018-19 is given at Annexure.

The Government is working on a new market architecture, so as to ensure that farmers get remunerative prices on their produce. These include setting up of Gramin Agricultural Markets (GrAMs) so as to promote 22,000 number of retail markets in close proximity of farm gate; competitive and transparent wholesale trade at APMC through           e-NAM; and a robust and pro-farmer export policy. The recently launched Umbrella Scheme “Pradhan Mantri Annadata Aay SanraksHan Abhiyan (PM-AASHA)” provides for a holistic arrangement for assurance of a remunerative and stable price environment for growers /farmers to increase agriculture production and productivity. This Umbrella Scheme comprises Price Support Scheme (PSS) for pulses & oilseeds, Price Deficiency Payment Scheme (PDPS) and Pilot of Private Procurement & Stockist Scheme (PPSS) for oilseeds to ensure MSP to the farmers.

* Includes all paid out costs such as those incurred on account of hired human labour, bullock labour/machine labour, rent paid for leased in land, expenses incurred on use of material inputs like seeds, fertilizers, manures, irrigation charges, depreciation on implements and farm buildings, interest on working capital, diesel/electricity for operation of pump sets etc, miscellaneous expenses and imputed value of family labour.