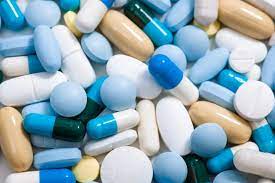 However, Clause 1.5 of Indian Medical Council (Professional Conduct, Etiquette and Ethics) Regulations, 2002 prescribes that every physician should prescribe drugs with generic names legibly and preferably in capital letters and he/she shall ensure that there is a rational prescription and use of drug. Further, the erstwhile Medical Council of India had issued Circular dated 21.04.2017 vide which all the Registered Medical Practitioners (RMPs) have been directed to comply with the aforesaid provisions. The MCI or the appropriate State Medical Councils have been empowered to take disciplinary action against a doctor for violation of the provision of the aforesaid Regulations. As and when complaints are received against the violation of code of ethics for doctors, such complaints are referred by MCI to the concerned State Medical Councils where the doctors/medical practitioners are registered. Further, even Tele-Medicine Guidelines 2020; notified on 22nd May, 2020, do direct all the RMPs to use Generic Names of the drugs in capital letters on the prescription format as appended with the document.

Further, the Ministry of Health & Family Welfare has taken various regulatory measures to promote and ensure the quality of generic medicines. These include instructions to Licensing Authorities to grant/ renew licenses to manufacture for sale or for distribution of drugs in proper/generic names only, amendment in the Drugs and Cosmetics Rules, 1945 for making it mandatory to grant license for a drug formulation containing single active ingredient in proper name only, and inclusion of provision in the Rules, 1945 for submission of the result of bioequivalence study alongwith application for grant of manufacturing license in the case of certain drugs and also provision for joint inspection of manufacturing establishment by the Drugs Inspectors of Central Government and State Government.

The Minister of State (Health and Family Welfare), Sh. Ashwini Kumar Choubey stated this in a written reply in the RajyaSabha here today.