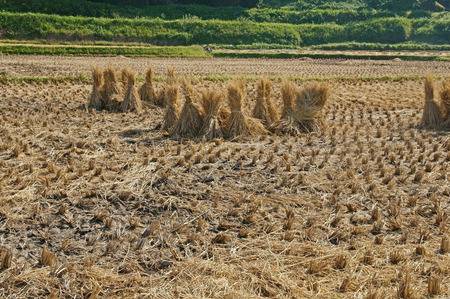 Bioethanol; a renewable energy source is being produced from food materials such as sugar cane, maize etc. Lignocellulosic wastes such as Rice straw, Wheat straw, Corn straw and Bagasse contain same sugar molecules for bioethanol production as such can be used to generate renewable energy using appropriate physical, chemical and biological techniques.

Bioethanol is considered as one of the most likely next generation fuel for automobiles because it is neutral in carbon content and can be produced from the renewable resources like the lignocellulosic biomass that is obtained from rice which is a major by-product of agriculture and is produced in a large amount in India. There are many technological barriers like pretreatment, hydrolysis and fermentation of the reducible sugars which are needed for efficient conversion of bioethanol from lignocellulosic biomass. Various pretreatment processes used for the extraction of bioethanol and resolving the technological challenges to develop a low-cost as well as the efficient commercial process have been discussed.

Ethanol is an alcohol made through the fermentation of plant sugars from agricultural crops and biomass resources. With rapid depletion of the world reserves of petroleum, ethanol in recent years has emerged as one of the alternative liquid fuel and has generated immense activities of research in the production of ethanol and its environmental impact. Production of alcoholic beverages is in fact as old as human civilization. The production of pure ethanol apparently begins in the 12-14th century along with improvement of distillation. During the middle ages, alcohol was used mainly for production of medical drugs but also for the manufacture of painting pigments. The knowledge of using starchy materials for ethanol production was first employed in the 12th century in typical beer countries like Ireland. Ethanol was one of the most popular lamp illuminants used in 1850s and approximately 90 million gallons ethanol was produced in the United States. But due to the tax imposition on ethanol to assist in financing the civil war and the cheaper price of kerosene, it quickly replaced ethanol as the premier illuminant in 1861. It was only in the 19th century that this trade became an industry with enormous production figures due to the economic improvements of the distilling process. It was at the beginning of the 20th century that it had become known that alcohol might be used as fuel for various combustion engines, especially for automobiles. In the 1970’s, the interest in fuel ethanol was renewed due to the oil crisis. Nearly 25 federal agencies administered various ethanol programs and the National Alcohol Fuels Commission was established to study the potential for alcohol based fuels. Ethanol gained further support in 1980 when Chrysler, Ford and General Motors released statements that ethanol with blends of up to 10% would be covered in their vehicle warranties. Interest in the use of bio-fuels worldwide has grown strongly in recent years due to the limited oil reserves, concerns about climate change from greenhouse gas emissions and the desire to promote domestic rural economies.

Ethanol and its Characteristics:

Bio-ethanol or fuel alcohol refers to ethyl alcohol produced by microbial fermentation (as opposed to petrochemically-derived alcohol) that is used as a transportation biofuel. It is produced through distillation of the ethanolic wash emanating from fermentation of biomass derived sugars and can be utilized as a liquid fuel in internal combustion engines, either neat or in petrol blends.

Physicochemical Characteristics of Ethanol as a Liquid Fuel:

The high octane number of ethanol makes its blend achieve the same octane boosting or anti-knock effect as petroleum derived aromatics like benzene. Aside high octane number ethanol has a high evaporation heat and high flammability temperature that influences the engine performance positively and increases the compression ratio. The blend E85 consisting of 15% unleaded gasoline and 85% ethanol has a prevalent usage as alternative fuel because of its advantage over pure ethanol which has a high risk of cold starting problem.

There is a growing interest worldwide to find out new and cheap carbohydrate sources for production of Bioethanol. For a given production line, the comparison of the feedstocks includes several issues (1) chemical composition of the biomass (2) cultivation practices (3) availability of land and land use practices (4) use of resources (5) energy balance (6) emission of greenhouse gases, acidifying gases and ozone depletion gases (7) absorption of minerals to water and soil (8) injection of pesticides (9) soil erosion (10) contribution to biodiversity and landscape value losses (11) farm-gate price of the biomass (12) logistic cost (transport and storage of the biomass) (13) direct economic value of the feedstocks taking into account the co-products (14) creation or maintenance of employment and (15) water requirements and water availability. Bioethanol feedstocks can be divided into three major groups: (1) First generation feedstocks (2) Second generation feedstocks and (3) Third generation feedstocks.