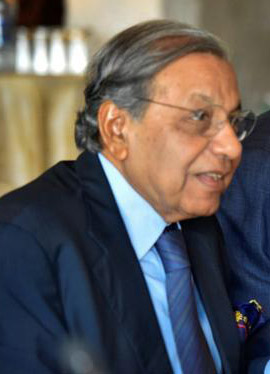 Grant of ‘Special Category Status’ to states is out of purview of the Ṭerms of Reference of Finance Commission, said Chairman of Finance Commission Shri N.K.Singh at a press conference in Amaravati today after concluding a meeting with the state govt. led by Chief Minister Shri N. Chandra Babu Naidu and his cabinet colleagues. Responding to the questions from the media, he stated that the issue was forcefully raised by the Chief Minister but it would be a transgression of the Presidential Notification by the Commission if it considers the issue of Special Category as it does not figure in its Terms of Reference. Philosophy of Special Category Status never emanated from any Finance Commission but from the resolution of erstwhile National Development Council.

Fifteenth Finance Commission will take a sympathetic and positive view to the needs of Andhra Pradesh to achieve its targets, he said. The Commission believes that current initiatives of the state govt are credible, timely and speedy and for a prosperous India, prosperous Andhra Pradesh is must. He lauded the contribution of Andhra Pradesh to the national GDP and said that it will do everything possible in constitutional framework to realise the state’s potential. He also appreciated the efforts in harnessing the potential of water resources by interlinking the rivers which is of enormous help for agriculture development.

On the question of populist schemes, he said that Commission will have to delve deeper into it. There are many schemes which have become popular with significant outcomes, and at the same time, there are many which result in sub-optimal outcomes. On the question of using population census 2011, he said that it has been mentioned in the TOR and Commission will look into the ways of incentivising the states who have done well in controlling their population.

Commission appreciated the high growth rate including agricultural growth achieved by the state. It exhorted the state govt to adopt smart agriculture and expand the food processing sector for value addition. Commission understood the huge potential in the state due to its geographical positioning like long coast line, ports and fertile land.

Earlier, highlighting the impact of bifurcation on the newly created state of Andhra Pradesh, both Chief Minister and Finance Minister said that residuary state of Andhra Pradesh comprising 58.32% of the population inherited only 46% of the revenues of the combined state. This structural disability may continue for more than a decade. Loss of Hyderabad’s ecosystem has led to the loss of urbanisation, service sector and revenue generation capacity. This has resulted in a change in the structure of economy from service to agriculture which in turn has led to slow increase in PCI as compared to other southern states and the gap with respect to southern states is increasing. He therefore said, the special assistance including industrial incentives, infrastructure support and investment in services is required to move on the path of ‘Knowledge plus’ economy.

All these factors imply that there is a need of handholding for Andhra Pradesh to sustain the double digit economic growth and achieve the Vision 2029 of reaching 1 trillion dollar economy, he urged. He listed his govt’s efforts towards enhancing the Ease of doing Business and Ease of Living through real time digital governance.

Chief Minister pleaded for granting Special Category Status to the state which after the bifurcation has turned into a revenue deficit state from a surplus state, mainly due to loss of the growth pole – Hyderabad. He also appealed the Commission to continue the post-devolution revenue deficit grants to break the vicious cycle of huge debt.

Officials in their presentation highlighted the efforts made to incur the necessary capital expenditure inspite of fiscal hardships. Around 73% of the revenue expenditure is development expenditure. During the meeting, state govt officials put forward following important points:

15th Finance Commission which concludes its 4 day visit to Andhra Pradesh on Friday, also sought views of the representatives from various political parties. Meeting with representatives of local bodies and trade and industry will be held tomorrow.