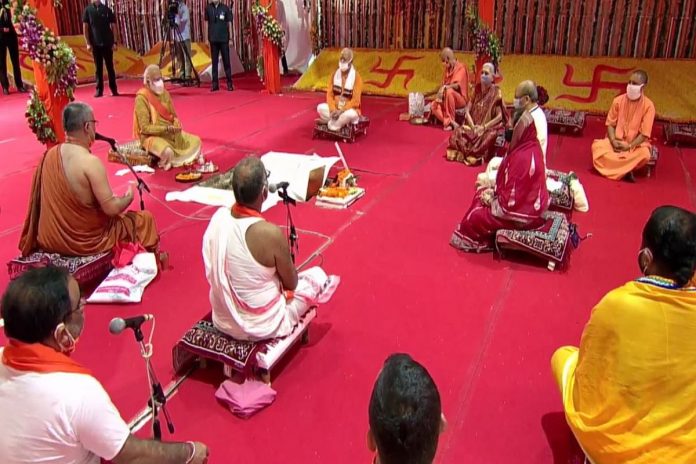 Prime Minister recalled how people from all walks of life including the poor, backwards, dalits, tribals had been instrumental in several feats such as victory of Shree Ram, Shree Krishna lifting Govardhan, Chatrapati Shivaji establishing Swaraj, Gandhiji leading independence movement etc. Similarly, the construction of Ram Mandir has started with the help and contribution of common citizens, he said.                                              Recounting the character traits of Shree Ram, Prime Minister remarked that he always stuck to the truth, and established social harmony as the cornerstone of his rule. He loved his subjects equally, but had a special kindness for the poor and the needy. There is no aspect of life where Shree Ram doesn’t serve as an inspiration, and his impact is visible in several aspects of culture, philosophy, faith and tradition of the country.