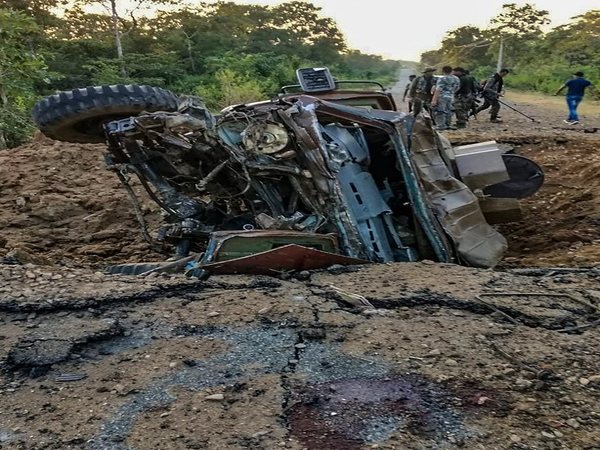 There has been a decrease in the Naxal activities/ Left Wing Extremism (LWE) activities in the country in last three years.  Details of State-wise LWE violence incidents and property damaged during the last three years are as below:

During a joint operation launched by the State Police and Para Military  Forces,  22  Security  Forces  Personnel  (08  from  CRPF  and  14 from Police) were killed in exchange of fire with Left Wing Extremists in the area of PS Jagargunda, Sukma, Chhattisgarh on 03 April 2021. Inputs indicate that some LWEs were also killed in this encounter. However, the biggest attack by Left Wing Extremists on Security Forces happened on 06 April 2010 in which 75 Security Forces were martyred in District Dantewada, Chhattisgarh.

To combat the LWE menace, the Government of India has formulated National Policy and Action Plan in 2015, which consists of a multi-pronged approach comprising security measures, development initiatives and ensuring rights and entitlements of local communities. MHA is supporting the State Governments extensively by way of deployment of CAPF Battalions, provision of helicopters and UAVs and sanction of India Reserve Battalions (IRBs)/ Special India Reserve Battalions (SIRBs). Funds are also provided under Modernization of Police Force (MPF), Security Related Expenditure (SRE) Scheme and Special Infrastructure Scheme (SIS) for modernization and training of State Police. For development of LWE Affected States, Government of India (GoI) has taken several developmental initiatives which include sanction of 14630 Kilometers of road out of which 9164 (63%) have already been constructed under various schemes.   To  improve mobile connectivity in LWE affected districts, 2343 New Mobile Towers have been installed and further sanction has been accorded for installation of 4072 additional towers.  For financial inclusion of people in LWE affected districts, 1236 Bank Branches, 1077 ATMs and 14230 Banking Correspondents have been institutionalised. Under Special Central Assistance (SCA) Scheme for further impetus to development in the most affected districts, Rs 2598.24 Crore has been released to the LWE affected States. Resolute implementation of National Policy and Action Plan has resulted in consistent decline in the LWE violence and its geographical spread.

This was stated by the Minister of State for Home Affairs, Shri Nityanand Rai in a written reply to question in the Lok Sabha today.