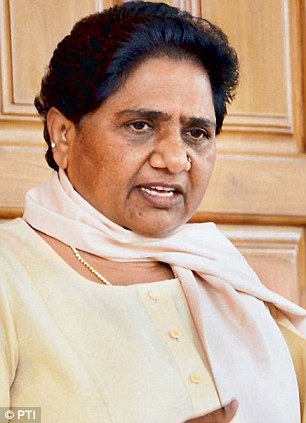 The loss of Gorakhpur speaks a lot about the BJP’s future course not only in Uttar Pradesh but across the whole country by the time 2019 general elections are held. Gorakhpur had been with the BJP since 1989 till 2017. Adityanath himself won it for five times. In 2014 general elections, his margin of victory was over three lakh and the votes polled by him were much more than the collective votes of the candidates of SP and BSP.

Losing Gorakhpur and Phulpur Lok Sabha seats to the Samajwadi Party in politically volatile Uttar Pradesh in the recently concluded bye-elections is bad news for the BJP, which has been ruling at the Centre since 2014.The result is certainly a huge setback to and humiliating for Uttar Pradesh chief minister Yogi Adityanath who swept to power in the state by completely decimating the Samajwadi Party, Bahujan Samaj Party and Congress just a year ago. After all, the Lok Sabha seats were vacated by none other than Adityanath and Keshav Prashad Maurya after they became chief minister and deputy chief minister of the state. Besides, the honeymoon period of the Adityanath government is not yet over.

Especially, the loss of Gorakhpur speaks a lot about the BJP’s future course not only in Uttar Pradesh but across the whole country by the time 2019 general elections are held. Gorakhpur had been with the BJP since 1989 (if we count Hindu Mahasabha as an affiliate of the party) till 2017. Adityanath himself won it for five times. In 2014 general elections, his margin of victory was over three lakh and the votes polled by him were much more than the collective votes of the candidates of SP and BSP.

If in such circumstances the BJP lost Gorakhpur, then it is definitely speaks poorly on the performance of both Adityanath and Narendra Modi Modi governments. It is undeniable that both the leaders have failed to motivate the people of Uttar Pradesh who have rejected their policies like demonetisation and GST as well as politics of hate and polarisation.

Following BJP’s defeat, Adityanath said the party paid the price of being “overconfident” and accused SP and BSP of “rajnitik saudebazi (political deal). Was it so? The BJP, in fact, had tried its best to retain the seats. After all, they had been vacated none other than the incumbent chief minister and deputy chief minister. Their prestige was at stake. Imagine a party as boisterous as BJP, expert in event management, not putting in its best within a year of sweeping to power in politically most aware state in the country!

Adityanath himself addressed 17 rallies, including 12 in Gorakhpur and five in Phulpur, besides attending workers’ workshops. Over a dozen state ministers, eight party MPs and 20 MLAs were constantly camped in Gorakhpur and Phulpur. Union ministers like Piyush Goyal, Anupriya Patel, Shiv Pratap Shukla, Niranjan Jyoti and Santosh Gangwar too campaigned for the party. The party had divided Gorakhpur and Phulpur into 182 and 227 sectors respectively for smooth functioning of campaign work with each sector being monitored by a senior party leader.

If still they lost both the high profile seats, then it was not just about overconfidence or political deal of the opposition. A truth about Uttar Pradesh politics: BJP’s win in 2014 general elections and 2017 state elections were less about Modi’s popularity or approval to his policy of demonetisation and more about political alignments. BJP, SP and BJP are three separate well entrenched political blocks having their own loyal vote banks and the outcome of any poll depends on alignment and realignment of forces.

No doubt, Modi’s popularity was at its peak in 2014, but the BJP could corner 73 out of total 80 Lok Sabha seats because of the simple fact that SP and BSP fought the elections separately. The arithmetic of the majority of the Lok Sabha seats won by BJP shows that in most of them the votes polled by SP and BSP collectively were more than that of BJP.

Likewise, the same logic may be applied to the 2017 assembly elections. Besides, here there seemed to be a tacit understanding between BJP and BSP chief Mayawati as she fielded 99 Muslim candidates of whom only Muktar Answari, who switched sides from SP just before the elections, won from jail. Rest 98 lost and gifted the assembly seats to BJP by cutting into SP’s Muslim votes. Ansari won because he was ‘Muktar Ansari’ and not because he was a BSP candidate.

Being slapped with corruption cases by central investigating agencies, Mayawati had probably her own compulsion at the time of 2017 elections. However, as the Modi government is at the end of its tenure and the Prime Minister’s popularity is not what it used to be in 2014, she could play her cards and support SP candidates in Gorakhpur and Phulpur. And the result was devastating for the BJP.

It is said that Uttar Pradesh often shows the way as far as the politics of the country as a whole is concerned. Mayawati is an important key to BJP’s success or failure in Uttar Pradesh as well as the country in 2019.PP-March16-31-2018