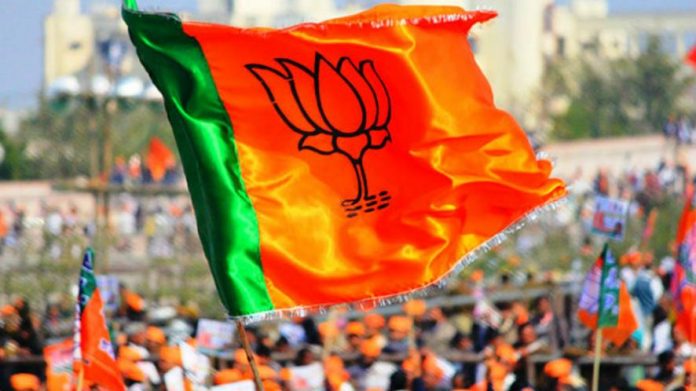 PrimeMinisterNarendraModihas emerged as a clear favourite for the 2019 general elections after the BJP’s landslide victory in assembly elections in Uttar Pradesh and Uttarakhand. The UP election results showed that the 2014 general elections were not an aberration. BJP was running a disciplined election campaign state-by-state, while the Opposition failed. The stage was set for the BJP to look forward towards much bolder and bigger policy making at federal and sub-federal level across the country in next two years of its remaining five years without being worried about their getting re-elected in 2019 which to a larger extent seems obvious. Statesmanship demands to look beyond politics and focus on policy making towards an all-inclusive development of the country that the Modi government has been propounding.

Modi’s unprecedented financial surgical strike in the form of demonetisation was extremely popular. The people who have suffered themselves in the wake of the policy, it won their heart and mind. They today feel that here is a man of sincerity who struck a principled blow to corrupt and the rich and he shall certainly bump up his economic reforms that directly benefit the people. Picking up four governments in states all across India, and having future prospects, Modi may appeal the citizens to be part of his new India campaign. A careful observation of the just concluded high pitched election campaign indicates that inflation and price rise has never been an issue since last two three months of electioneering indicating the fact that the inflation and price rise has successfully being tamed. The vote in favour of the ruling BJP also indicates that New Delhi is successful in communicating the people at large, that their government is hell bent on dealing with corruption and black money in a stricter manner than earlier governments and move towards demonization is one such move. The posturing of the government and especially the PM has indicated the same earlier in the form of his caution towards the owners of Benami Properties, gold and other undisclosed assets.

The manner in which the income tax and enforcement directorate personnel are after the unscrupulous people and are being tracked and all for good reasons, union government is crystal clear about their intention towards earning brownie points among the common people that has resulted in bringing the party to reckoning in Uttar Pradesh, the largest state in the country or in Uttarakhand, the region of undivided Uttar Pradesh.

BJP will now pick up a lot of seats in Rajya Sabha which would help the ruling party to carry out its long pending reform like the land acquisition reform and labour reforms. Needless to mention the victory will increase the strength of the party in Rajya Sabha considerably and thus facilitating the government to be bolder enough in bringing up necessary legislation towards fast paced economic growth resulting from development. The second phase of the Budget session may show case the government’s resolve towards it.

Another aspect that can be deduced from the election results could be the manner in which the government is doing the resource mobilisation and redistribution. Classic example is that of the schemes such as UJYOLA, free gas cylinder to rural women, Jandhan accounts, the small pension schemes, MUDRA Yojana that the people have by and large accepted in rural and semi urban areas as evident from the election outcomes in one of the poorest of the poor state in India and that is UP where the income distribution across the caste and class is highest as could be understood from the popular evidences. UP, Uttarkhand and Punjab are classic examples where the people have shunned corruption, class, religion and caste politics decisively. Indian voters are becoming more and more aware of development and it is this aspiration that Modi has been trying to project about him and his party so successfully. The election results stand as a testimony to it.

In Maharashtra, the massive win of BJP in civic bodies indicates the peoples’ intention towards shunning divisive politics of various groups lead by dynasties. Here, BJP though is in coalition has definitely conveys the message to the coalition partner that they cannot be ignored. It is a matter of time that they can bounce back or upstage the power equations in these grassroots bodies for larger benefits in the later period when it will matter most i.e. general election in 2019. Here the leadership of state’s young Chief Minister Devendra Fadnavis cannot be looked aside.

In Odisha, the results of local body elections at district, block and Panchayat level indicate the revival of BJP at grassroots level. This is remarkable given their performance in 2014 election to the state assembly and Parliament where their performance was abysmal. The unprecedented rise of BJP leading to have their own people in almost seven districts speaks volume of their rise in the state from nowhere. Add to this, their people being at the helm of affairs in around eighty blocks. Though there are many fathers who claim credit for this, it will not be out of place to mention that such a rise of BJP indicates the beginning of a long lasting and loyal cadre of this saffron party after they came out of the shackles of their erstwhile coalition partner of nine years and incumbent government in the state. It is high time for Naveen Patnaik to pull up his shocks and do some soul searching and take some pungent action towards rejuvenating the party with new and fresh faces with credibility rather than sticking to tainted and painted persons and senior citizens in political standard.

Naveen may take the clue from BJP and Modi in putting the candidates for the UP elections purely from their win-ability quotient and thereby preventing Modi to be the person to hand over the reign of the state to BJP going ahead and it is not distant. Naveen can pull up another stint in 2019 in the state and thus prevent the BJP juggernaut’s entry to East. The party could not do well in the states where it faced a direct opposition. Hence, one may notice that BJP is beatable if the Opposition comes together. The party gains where it faces a fragmented opposition and in 2019, anti-incumbency may kick in. However, BJP is looking at 2019 and beyond.