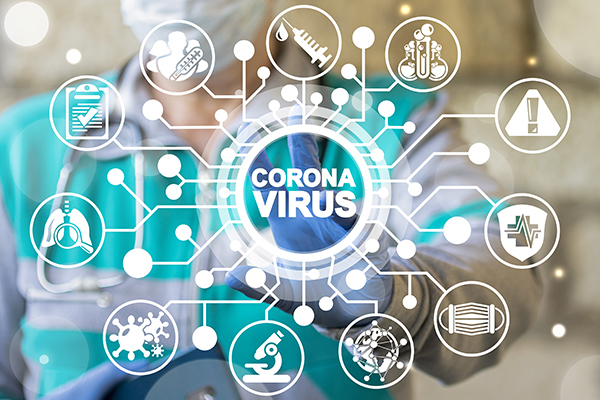 Genome studies are very important for the management of Pandemic like COVID-19 and we failed to give required importance.

Since beginning of April, India has been witnessing a surge in Covid-19 infections with the country seeing over 4 lakh fresh cases of Covid-19 daily. Amid this massive surge, which has caused a visible strain on the healthcare system, we have to search on what went wrong and what measures can be taken to tackle the situation.

Vaccination is a very important intervention, which we have started in a phased manner. But an impact on epidemiology can be had only after two doses and a sizeable proportion are vaccinated to give a guess, at least 25-30 per cent. As of now, around 2 per cent has been given two doses. Stepping up vaccinations will not affect the rise of second wave, but it will definitely save many lives. It is impossible that India can conduct mass vaccinations in order to make an impact on epidemiology now, as vaccine supplies will not meet this demand.

The scientific community in India did not expect a second wave, or a wave of this magnitude, as the first wave was a one-year affair. It took six months to reach the peak and six months to decline to steady and low numbers. From December 27 till March 11, the daily numbers were around 20,000 and that pattern was assumed to continue. However, that is no excuse for the Government not being ready for an increase until at least 30% of the population was vaccinated.

The so-called UK variant was detected in September 2020. India was asked to be on guard and look systematically for variants of concern. In December, the lab consortium was networked but the goal of gene sequencing in 5 per cent of all cases was not taken seriously. But the labs were not given the necessary funds for additional personnel and reagents. So, we were slow to understand the importance of mutants. Even now, less than 1 per cent of cases are studied for genome sequencing.

UK variant B.1.1.7 was detected in September 2020, only because of routine genome sequencing. Similarly, South African variant B.1.351 was found in October 2020. The Brazil variant P.1 was detected since Japan was doing routine gene sequencing. In December 2020, Japan picked up a variant in four persons. All had travelled from Brazil then Brazilian viruses were analysed. Genome studies are very important for the management of the epidemic and we failed to give required importance.

The usefulness of vaccinations to save lives through prevention of severe disease was not drilled into people. Lack of transparency of serious adverse events following immunisation added to the fear of educated people. The vaccine roll-out, its rationale was not explained to the desired magnitude to people. People invent imaginary theories to fill the vacuum of authentic information. Many deaths after vaccination were reported in the press but the government did not move fast in explaining the causality. That made many suspicious. Lack of trust and suspicion of non-scientific motivations added to the confusion. Health ought to be non-partisan above politics and all political parties should be on board for decisions on health. If that does not become visible, people lose trust. All political parties were not aligned against the common enemy. The ruling party failed to take leadership in this regard.

In all developed countries, all vaccine side-effects called AEFI, (Adverse Events Following Immunisation) are listed and serious ones investigated, and information made available in the public domain. This is not done in India. So reports remain unconfirmed. There is an AEFI monitoring committee in Delhi, but it can only work if data is made available to it. And when it comes to investigating serious AEFI, local standards vary widely. There were media reports of many deaths, but details are not given out by the AEFI Committee. This lack of transparency has two components systemic competence and deliberate secrecy.

Human health has never been given the attention that it deserves in India. There are several reasons. There are two pillars of health management. One is semi-autonomous public health and the second is universal healthcare. The USA is serious of public health, but their healthcare is not as good as Canada’s or the UK in terms of equitable reach. India imitates the USA in healthcare but ignores public health altogether. Our healthcare is divided by under-budgeted ‘public sector healthcare’; which is often misunderstood as ‘public health’ and the profit-motivated private sector. In either way, quality assurance is not mandatory. The general standard is 300 hospital beds per lakh population; India has 50/lakh, in company with the poorest countries of the world. Bangladesh has 80/lakh. By bed availability, India’s rank is 155 among 167 countries.

India exported over 5.84 crore Covid-19 vaccines to 70 countries against 3.48 crore we administered. Today, we are in dire need of vaccines. The pandemic response approach of the government of India had two arms disaster management and the 1897 obsolete Epidemic Diseases Control Act. These acts were enacted by the British, which are still in force without being removed or revised. To our good luck, two entirely private sector companies rescued our reputation by investing their own private funds in vaccine manufacturing.

Vaccines have two purposes: healthcare’s purpose is to prevent deaths, severe disease, hospitalisation and the need for ICU beds. The doses needed for this purpose is different from the one below. The vulnerable people are to be vaccinated, not everyone. The purpose of public health is to reduce the burden of disease by population-based vaccination. The vaccination strategy should be meticulously planned and made transparent.

The decisions to lift the earlier restrictions on political and social gatherings were done as advised by the public health experts. Perhaps our experts, in the absence of adequate research, failed to guide the administration to take more caution. Today, the second wave is catching up everywhere. We are not spending much on research and development. Less than one percent of GDP is spent on R&D. We have less than 400 researchers working in research centers.

We have to keep in mind that science and respect for science are cultural elements. The very understanding of science in our culture is warped. Japan has its own unique culture, but post-World War II Japan accepted and embraced science and we know the outcome. India should have learnt from that history, but we think, culturally, modern science and Indian culture are incompatible with each other. Neither we are in a position to stick and practice our vaidic culture nor do we follow the modern scientific innovations. We are in a transitional phase and that is why creating chaos more often. Strengthening Research and Development will bring in a positive change, which we may expect to come in future years.